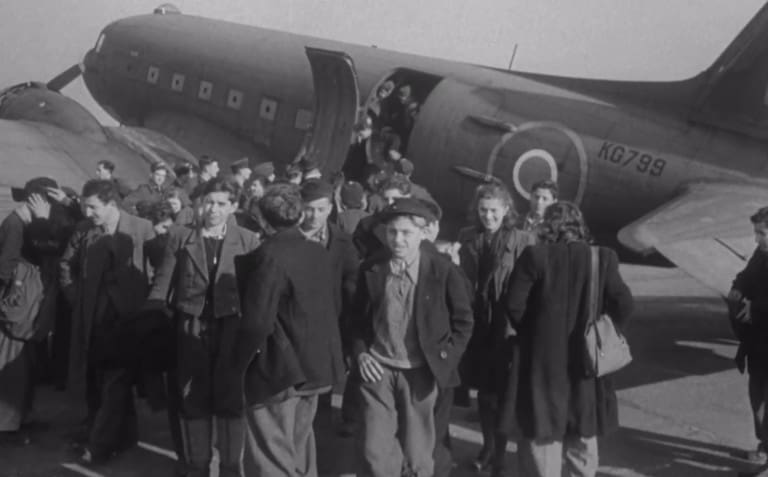 Arrival of the Southampton Boys. Photo: Courtesy of the BFI National Archive. 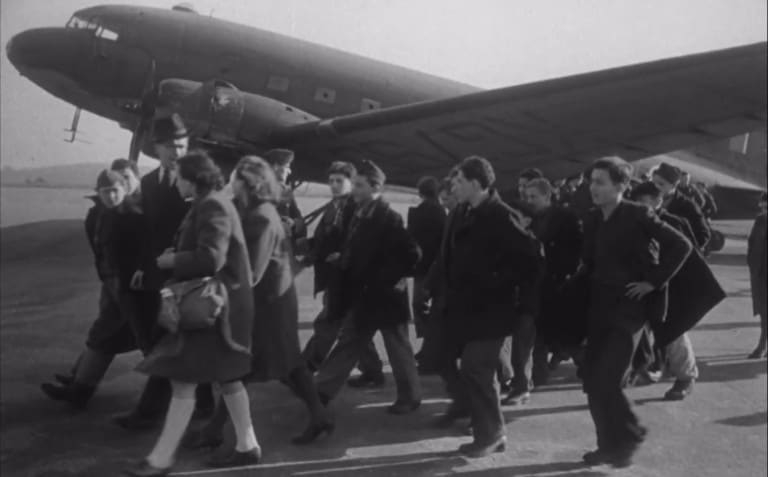 Arrival of the Southampton Boys. Photo: Courtesy of the BFI National Archive.

The Boys arrived in the UK on a scheme organised by the Central British Fund for German Jewry (CBF), now World Jewish Relief. The CBF had previously managed the rescue of 10,000 mostly Jewish children in the pre-war Kindertransports.

It was Leonard Montefiore, a wealthy philanthropist, who masterminded the plan to bring The Boys to Britain. The scheme he devised was the forgotten final chapter of the Kindertransport. 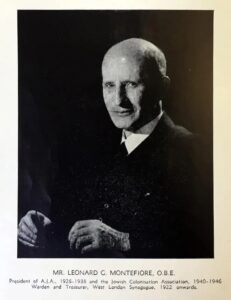 From 1942 onwards, reports of the mass murder of Jews in continental Europe began to reach Britain. As the tide of the war turned against Germany and its allies, the British Jewish community started to plan for post-war relief work. Jewish aid workers began immediately after the liberation to report that some children had survived the Nazi concentration camps.

In May 1945, Montefiore travelled to Paris to meet with the heads of Jewish organisations. Before returning home, he wrote to the CBF’s chairman Anthony de Rothschild outlining a scheme to bring ‘a few hundred children from Bergen-Belsen or Buchenwald’ to Britain.

The British government approved his proposal and granted permission for 1,000 child survivors to be brought to the UK. At this point it was believed that no more than 5,000 Jewish children in central and eastern Europe had survived the Holocaust, and those would be cared for in Allied and neutral countries like Sweden and Switzerland, so the Home Office’s offer of 1,000 visas was a fitting response.

That said the offer of help from the British government was not without conditions. The children had to be aged 16 years or under and would be only granted permission to stay in the UK for two years. They were not to cost the taxpayer a penny and the CBF was to be financially responsible for the entire cost of looking after them. The money to do this was to be raised privately. It was later stipulated that only children who had been in concentration camps would be admitted to the UK although the age limit was raised to 18 in 1946.

While in Paris, and later in London the following month, Montefiore met with Joe Schwartz, the European director of the American Joint Jewish Distribution Committee, the JDC. Schwartz was convinced that there was no future for the Jewish people in central and eastern Europe and was keen that the survivors found a new home. For this reason, although the Holocaust had occurred across Europe, the overwhelming majority of The Boys came from these areas.

From early 1945 the JDC had been working with survivors in liberated eastern Czechoslovakia and Schwartz knew that a large number of children and young people had survived in the Theresienstadt ghetto and was looking for a way to get them to safety. The partnership between Montefiore and Schwartz was the first step in what was to become the remarkable story of The Boys.

To administer the scheme the CBF set up a sub-committee, the Committe for the Care of the Concentration Camp Children. A plan to bring 1,000 children to the UK was one thing but locating and organising an airlift out of Europe was quite another.

In Germany, the initial policy of the Allied-occupying powers was that all child survivors should be moved out of the country but, in the weeks after the liberation, the United Nations Relief and Rehabilitation Administration (UNRRA), the organisation responsible for the care of refugees, felt that it was against the rights of the child to send them to other countries.

UNRRA staff also saw that the children had developed relationships with aid workers and other child survivors, which were vital for children who were the sole survivors of their families and thus they were hesitant to break such bonds.

There was also the question of where these children themselves wanted to go. After the end of the war, survivors who were placed in displaced persons’ camps were asked to register where they would like to be resettled. The overwhelming majority of the children, who were to become the Boys, said they wanted to go to Palestine, as did many Jewish survivors.

The British, who were in control of Palestine at this point, had put in place severe restrictions on the number of Jews allowed to settle there in the 1939 White Paper and these remained in place after the war. Many of the Boys said that, when offered the possibility of going to Britain, they chose to come, as it seemed an option that would eventually take them to Palestine.

The Boys arrived in five groups.

The economic situation in Britain after the Second World War was extremely difficult and the CBF found raising money a challenge. As a result, although the British government had offered visas for 1,000 children, the CBF could only finance just over 700 child Holocaust survivors.

Despite their financial difficulties, in May 1946, the CBF turned down an offer of assistance from the Peace Pledge Union and the Quakers because Montefiore firmly believed that the child Holocaust survivors needed to be cared for in a Jewish environment.

Montefiore’s commitment was to the children in his care and he made his views clear in the chairman’s report discussed at the committee meeting on 3 June 1946. In the report Montefiore said that if the CBF committed itself to ‘mass immigration’ and the housing of children in large units, that he would resign. Montefiore believed it was more important to care for The Boys already in the UK properly, than to provide inadequate care for hundreds more.

A month later on 4 July 1946, the Kielce pogrom in Poland would kick off a major refugee crisis as thousands of Jewish survivors, among them hundreds of orphans, flooded out of Poland intent on finding a new home in Palestine. That same month, the British decided that they had no choice but to intern in Cyprus those trying to enter the Mandate territory illegally. Hundreds of orphans spent months in terrible conditions on the island.

The minutes of subsequent meetings of the Committee for the Care of the Concentration Camp Children show there was no further discussion of bringing any more children to Britain, and the committee’s Ruth Fellner moved from working on immigration to plans for The Boys’ emigration as their two-year visas were rapidly running out.

Rabbi Solomon Schonfeld, however, continued to look for child Holocaust survivors in eastern Europe and he brought a number of groups of children to Britain. Many of these children became close friends of The Boys and the CBF frequently paid for their up keep. In 1948, Schonfeld brought a group of 148 children from Czechoslovakia. The CBF allocated 21 of these children visas from the original 1,000 quota and they became the fifth group of The Boys.