Theresienstadt (Terezin in Czech) is the German name for the former garrison town and fortress some 60km north west of Prague that was used as a ghetto and as a propaganda tool by the Nazis. It holds a unique place in the history of the Holocaust and played a vital part in the story of the Boys. 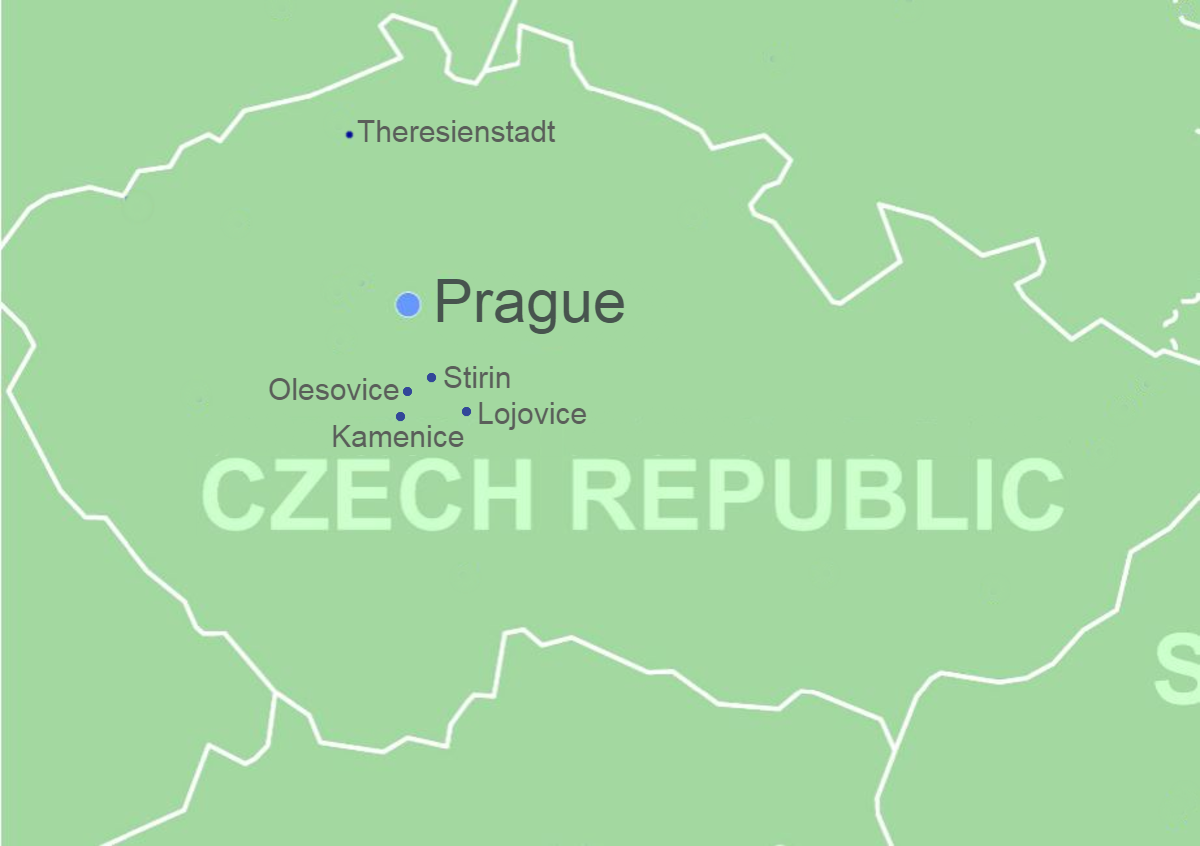 The fortress at Theresienstadt was built in 1780 by Emperor Joseph II to resist a Prussian attack on the Austro-Hungarian Empire. It served the Nazis perfectly as a ghetto and transit camp for Czech, German and Austrian Jews. Approximately 150,000 Jews passed through Theresienstadt and nearly 90,000 were deported to almost certain death further east. Roughly 33,000 died in Theresienstadt itself. Around 15,000 children passed through the ghetto and were cared for in a series of children’s homes.

The arrest of 481 Danish Jews, before they could escape to Sweden in October 1943, caused an outcry in Scandinavia. This prompted the Nazis to invite the International Committee of the Red Cross to visit Theresienstadt in an attempt to dispel rumours of the concentration camps and extermination camps that had been set up by the Nazis in the eastern occupied territories. In April 1944, Theresienstadt was thus transformed into a model ghetto with playgrounds, libraries and schools. As part of the preparations for the planned deception of the visitors, thousands of prisoners were deported to Auschwitz from Theresienstadt in order to reduce overcrowding before the Red Cross arrived.

There was a second beautification process at Theresienstadt in March 1945 when leading Nazis tried to negotiate a separate peace deal with the Americans.

They hoped to use the surviving prisoners as bargaining chips and, as Allied forces advanced in a pincer movement from east and west, prisoners were moved to the Theresienstadt ghetto.

The First Days of the Liberation

Most of the Boys who were liberated in Theresienstadt arrived on death marches or in open topped railway wagons. According to Simon Klin, one of the Boys, as they walked into the Theresienstadt ghetto, Czech Jews dropped lumps of sugar tied to pieces of string out of the windows to help them.

Many of the new arrivals refused disinfection treatments - the testaments of many of the Boys reveal that they were convinced that the Germans had brought them to Theresienstadt to be gassed. A gas chamber had been built there in February 1945 but was never used. The thousands of seriously ill prisoners who flooded into Theresienstadt brought with them typhus, which spread rapidly.

The Red Cross returned to the ghetto on 6 April 1945 and took control of the camp on 2 May. On the evening of 8 May, Theresienstadt was liberated by the Red Army. Soviet troops assumed responsibility for its prisoners the next day. Prague was liberated on 9 May and a new government immediately dispatched a Czechoslovak medical team to stamp out the epidemic and the camp was quarantined.

Many of the Boys spent the first weeks seriously ill in the makeshift Red Army hospital. Many of the Boys said that if the Soviet soldiers had not arrived, they would have been dead within days.

The Russians gave the survivors twenty-four hours to do whatever they wished. Those Boys who were well enough to do so went into the nearby town of Litomerice to find food. 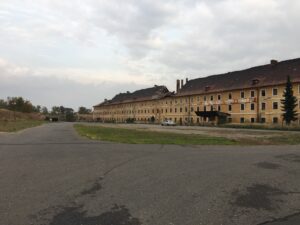 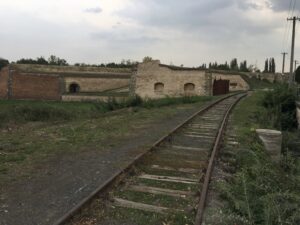 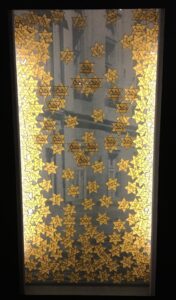 It was on one of these trips that they spotted photographs of the actual moment of their liberation in the window of a pharmacy. They managed to obtain some of the prints and after they arrived in the UK copies were given to all the Boys who had arrived in Theresienstadt on the final transport train.

As soon as the quarantine was lifted a number of the Boys returned home. It was, for many of them, an unhappy homecoming and there were no family members waiting for them. Even worse, many of those who returned home were met with hostility and violence. Many of them retraced their steps and returned to re-join their friends in Theresienstadt.

Although many of the Boys were close friends by the end of the war, they were not yet one unified group. It was the actions of three young men, originally from Piotrkow in Poland, that kick-started the story of the Boys.

Sam and Isidore Rosenblat had survived with their younger brother Herman and became aware that there were many unattached and bewildered orphans wandering around Theresienstadt who were not lucky enough to have older brothers. With the help of the Russians, they managed to house the teenagers in a barracks on their own. The two brothers moved in to oversee the boys and girls, as did Isaac Finkelstein, who had survived with his younger brother Sevek, now Sidney Finkel.

The camp authorities assigned two German women to care for the youngsters. Etta Veit Simon was half Jewish and her mother Irmgard Veit Simon, a Christian. Etta had been sent to Theresienstadt in 1942 with her sister Ruth, who died there in 1943. When the war finished Etta was put in charge of a group of Jewish German children being repatriated to Berlin. When she arrived home, she discovered Soviet soldiers had raped her mother, so she brought her back to the comparative safety of Theresienstadt.

Just as the repatriation of survivors to their home countries got under way, David Graham, a BBC reporter, arrived in Theresienstadt and his dispatches brought news of the survivors’ plight to the attention of the British public. Not long after, Leonard Montefiore, who had drawn up a plan for the Central British Fund (CBF) to bring child concentration camp survivors to Britain, was notified by UN officials in Prague of the Boys presence.

A UN Relief and Rehabilitation delegation soon arrived in Theresienstadt to verify that the children were suitable. Solly Irving, one of the Boys, was picked to welcome the guests. “I was handed a piece of paper telling me what to say,” he later recalled. “I had no idea what I was saying. It was all phonetic English, but everyone clapped when I’d finished speaking.”

Edith Lauer, a former prisoner oversaw the care of all the 2,000 children in the former ghetto and was allotted the task of drawing up a list of the 300 children who would be chosen to come to Britain. Her husband George was a chemist and had worked in the ghetto sanitation department and had been asked to stay behind to help contain the typhus epidemic.

Not all the members of the Boys who were liberated at Theresienstadt left with the first group. Some of them chose to stay behind to look for relatives and joined groups who came to the UK later or made their way individually.

The town of Theresienstadt is made up of two main areas and is surrounded by a star shaped wall and fortifications. The first is the Large Fortress, which is essentially the town itself. This was where most ghetto residents lived during the Nazi occupation. A short walk across the Ohre River is the Small Fortress, which was a Nazi prison for political prisoners. When the Boys arrived on the death marches in the spring of 1945, those arriving by train entered the ghetto at Sudstrasse (35). The railway tracks still run alongside the road. From June 1943, transports to the Auschwitz-Birkenau concentration camp left from here. Those on the death march from Dresden entered along the road to Litomerice to the north. The Boys were housed in the Magdeburg Barracks (25) before leaving for Britain and it was also the headquarters of the Jewish Council. 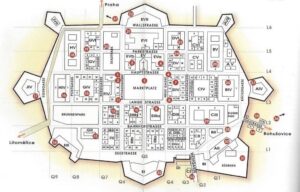 At the heart of the ghetto is Marktplatz (5). In the early years of the ghetto the square was fenced off and covered in workshops. In advance of the Red Cross visit the square was laid out and looked much as it does today. The building on the corner once housed a shop (6) selling underwear and clothing that had come from luggage brought on transports. Alongside it was a café (7) with live music. The first building on the eastern side was a home for Czech-speaking girls (4). The last building on the east side beyond the church was the headquarters of the SS until August 1942. Afterwards it was used as a home for German-speaking children (3). Younger members of the Boys lived in both.

The north of Marktplatz is dominated by the Town Hall (2), which was the HQ of the Red Army after the liberation. A plaque records their efforts to deal with the typhus epidemic. The corner of the building, now a post office, was also a children’s’ home and some of the younger Boys may have lived here.

Initially children under 12 stayed with their mothers while older boys were sent to the men’s barracks. After the Czech civilians left in summer 1942, the Council of Elders, with German approval, set up special homes in an attempt to protect the children. Schooling took place surreptitiously until it was permitted ahead of the Red Cross inspection.

To the right of the Town Hall is the Ghetto Museum (1), which today houses an exhibition on what life was inside the Theresienstadt ghetto. During the ghetto period, the museum building was a barracks for boys aged 10-15 years. The exhibition, which opened after the fall of communism, details the story of the camp. Copies of the children’s art, which is housed in Prague’s Pinkas Synagogue, are on show. There are some moving artefacts on the first floor including dolls of ghetto characters and a display of yellow stars. Despite the terrible living conditions and the constant threat of deportation, Theresienstadt had a highly developed cultural life, which reflected the prisoners’ will to live and their need for distraction from their plight, which is reflected in the museum. Opposite the Ghetto Museum is the Stadtpark (20). A children’s playground was built here in 1944. The building marked (21) is where the Boys who were ill at the time of the liberation were cared for.

The repatriation of Theresienstadt’s prisoners lasted until late August 1945. The ghetto was then used as a holding centre for ethnic Germans prior to their expulsion from Czechoslovakia. After the Second World War Theresienstadt’s original residents returned and it reverted to being a garrison.

Today, it is a down-at-heel place largely because, when the military moved out in 1996, it lost 3,000 of its inhabitants and much of its purpose. The town and its memorial were damaged in severe flooding in 2002.