Lodz was Poland’s second largest city in the inter-war period and was home to 72 of the Boys.

Many of those members of the Boys were incarcerated in the ghetto in Lodz, as were many more of the Boys, who were born elsewhere in the region and in Germany. Lodz played a part in the story of over a 100 of the Boys.

The ghetto was a significant factor in their survival as it was the longest lasting of all the ghettos established in occupied Poland.

Lodz was a major manufacturing centre and it grew exponentially in the late 19th century. Jews made up a third of the population, numbering some 223,000 on the eve of the war.

It was a diverse community which included all social classes, political views and religious orientation. Lodz was a centre of Jewish literary, theatrical, and artistic activity.

A centre for textile manufacturing, Jews dominated retail trade and by the eve of the First World War, Jewish entrepreneurs operated more than half of the city’s factories. Jewish skilled workers dominated tailoring, shoemaking, meat-cutting, printing, and paper workshops and factories. Jewish merchants controlled wholesale and retail commerce, marketing most of the textile production and operating thousands of small grocery stores and market stalls. Jews also owned many of the city’s apartment houses.

Nevertheless, interwar Lodz was a multi-ethnic society with interlocking interests and frictions, where anti-Jewish violence was an occasional, but not predominant phenomenon.

The Germans invaded Poland on 1 September 1939 and occupied Lodz a week later. Lodz was immediately renamed Litzmannstadt and incorporated directly into the Third Reich.

A ghetto was created in spring 1940. Although the Germans had ultimate control, a considerable degree of authority, more than in any other ghetto, remained with the Jewish Council and its leader, Chaim Rumkowski.

Rumkowski is a controversial figure regarded either as a quisling or a saviour. Rumkowski set out to make the ghetto so productive it would be indispensable to the German war effort but he was also prepared to draw up deportation lists in order to save the ghetto as a whole.

By the summer of 1942, there were almost 100 factories in the ghetto in which the vast majority of the Boys worked in forced labour.

Conditions in the ghetto were terrible and disease rampant but employment and the solidarity of friendship made survival more likely.

In January 1942, the Germans began to deport Jews to the nearby Chelmno extermination camp, the first of its kind, where many experiments in mass killing were undertaken. By September 1942, 70,000 Jews and 5,000 Roma had been murdered there.

From then, until May 1944, there were no significant deportations and the ghetto resembled a forced labour camp. The Germans then decided to liquidate the ghetto and the remaining inhabitants were deported to the Auschwitz-Birkenau concentration and extermination camp in occupied Poland.

Although Auschwitz is the symbol of the Holocaust and the genocide carried out against the Jews, it was significantly different from the other extermination camps was not just a place where Jews were deported to and murdered. When the trains arrived in Birkenau a selection was made on the ramp. It offered healthy young men and women a chance of survival as they were often selected for slave labour.

Those members of the Boys who were deported from the Lodz ghetto were selected to work as slave labourers. The fact that they arrived six months before the camp was liberated increased their chance of survival.

They were deported with large groups of friends who looked after each other in the camps. This was another significant factor in their survival.

Prisoners on the ramp warned new arrivals to say they were healthy, and teenagers were told to say they were older than they were. These inmates spoke Yiddish which increased the chance of the Boys survival. Many arrivals from Greece, France, Italy and Holland did not understand the warnings.

About 12,000, Lodz ghetto residents survived Auschwitz and other camps.

A number of the Boys returned to Lodz after the liberation to search for relatives.

Thirty-eight thousand survivors passed through the city in the months after the liberation. It became a major hub in the underground movement to take the survivors illegally to the British controlled Palestine Mandate. Youth groups were housed at Zadocnia 66. Conditions were harsh and the children slept on the floor and were fed only potatoes and bread.

With the consolidation of communist power, all independent Jewish political parties, organizations, and institutions were closed by the end of 1949.

Most of the Jews who originally lived in Lodz but survived the Holocaust joined the exodus of survivors from Poland and many of the Jews who now live in the city arrived from much further east. Finding Lodz far safer than the post-war situation they had experienced in their hometowns, they settled in the city.

Lodz is a run-down former industrial city with much in common with Detroit. It is, however, possible to glimpse the city’s Jewish past.

The History Museum is in the pre-war palace of one of the city’s leading industrialists, Israel Poznanski, and the factory complex that he owned, which is situated behind the museum, is now a cinema and entertainment complex.

There is a major memorial at the Radegast station from where the city’s Jews were deported. The Jewish cemetery is also preserved.

As arguments rage over how to memorialise the Holocaust in Poland, a new museum has opened at the Kulmhof death camp, as the Chelmno extermination camp is now called.

It includes a research lab and educational centre where local school children can learn what happened there during the Second World War. It was the first and fifth most deadly extermination camp on modern day Polish soil but receives less than 20,000 visitors a year.

Members of the local Jewish community, who are the children of Holocaust survivors, attend events at Chelmno and meet schoolchildren, especially during Chanukah, but with few remaining Jews in Lodz they are pessimistic about what will actually be remembered when they are gone.

Although since 2004, much has been done to commemorate the city’s Jewish history, it is still possible to find people in Lodz who have never heard of the camp of Chelmno, although they are aware of the fate of the city’s Jews in Auschwitz. 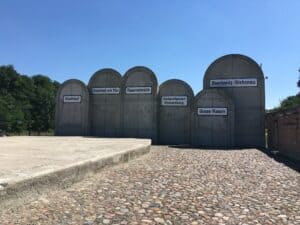 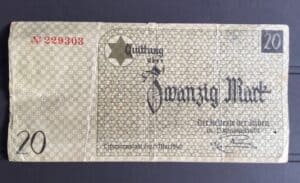 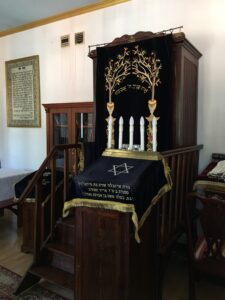 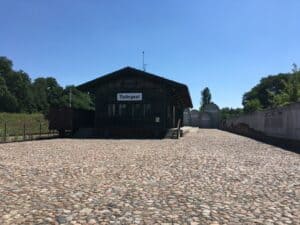