After liberation, a camp for displaced persons was set up at Belsen-Hohne near to the Bergen-Belsen concentration camp, in northern Germany close to Hanover. 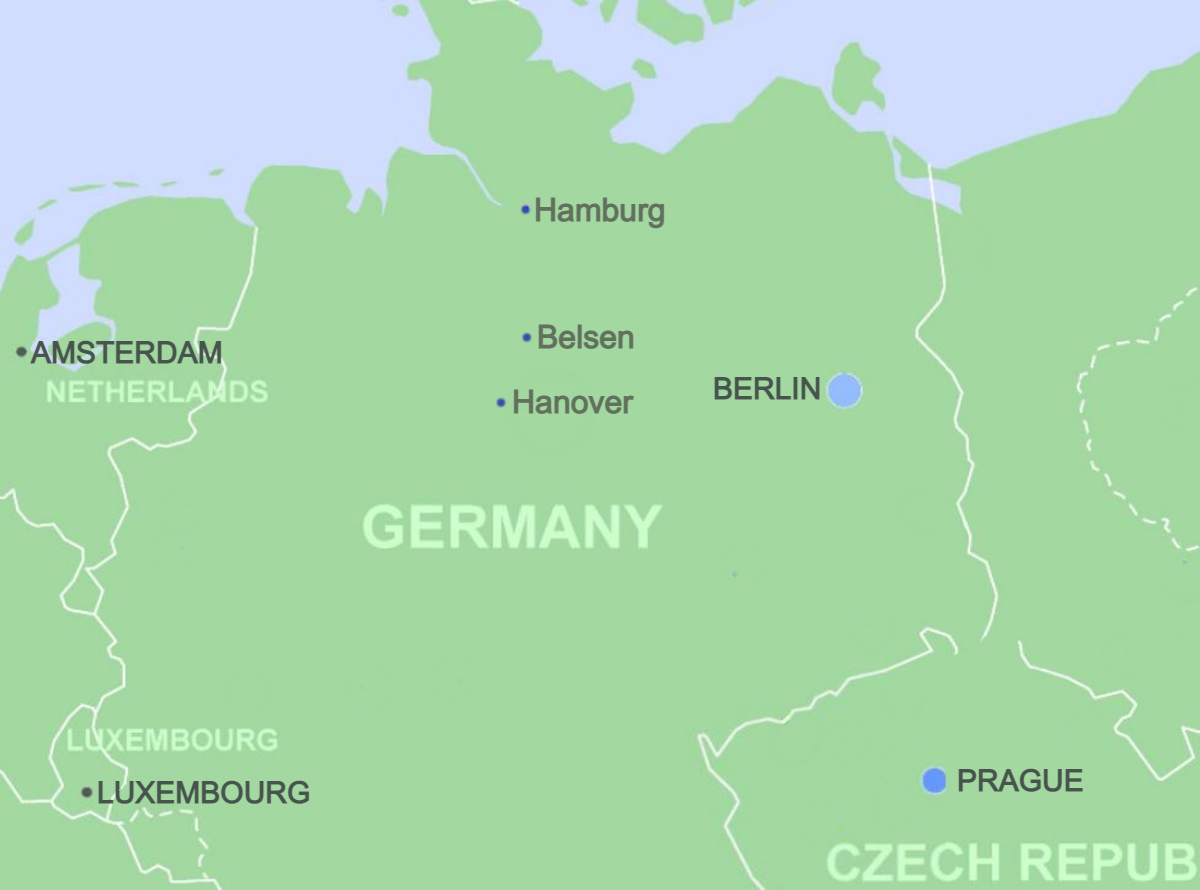 The Bergen-Belsen concentration camp was liberated by the 11th Armoured Division of the British Army on 15 April 1945. It was a major news story, and the newsreels shocked the world. Many prisoners had been moved to Belsen from other concentration camps on a series of death marches as the Allies advanced on Germany, among them members of the Boys.

The British soldiers who entered the camp found 60,000 prisoners who were dying of disease and starvation. The conditions were appalling and there was hardly any food or clean drinking water. Half of those who were liberated died in the weeks that followed.

After liberation the British soldiers battled to eradicate a severe outbreak of typhus and the concentration camp was burned to the ground in the weeks that followed. Burying the dead was a priority and was a task assigned to the former SS guards, who had still been in the camp when it was liberated.

From Tank Barracks to Hospital

The survivors were taken to the nearby Wehrmacht barracks at Hohne that had been a panzer training school. Hohne is close to Luneburg Heath, which was and still is used for battle practice. The panzers had trained at Luneburg before the invasion of the Soviet Union in June 1941. The barracks already housed 15,133 prisoners who had been brought from the Mittlebau-Dora labour camp in the weeks before the liberation. It is likely that this group included some of the Boys.

Urgent medical care was the top priority, and a hospital was set up in the new DP camp. Many of the Boys were cared for in the Children’s Hospital. At first German prisoners who had medical training were used as staff, as were survivors, who worked alongside the British Army Medical Corps and the Red Cross. Ninety-seven medical students were also sent from the UK. 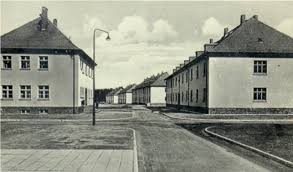 Among the survivors who cared for the children was Dr Hadassa Bimko, who had looked after children prior to the liberation in the camp. Mala Tribich has said that Bimko saved her life. Tribich was in a group from the Belsen DP camp who were taken to recuperate in Sweden, and she came later to the UK to join her brother, Ben Helfgott, who was also one of the Boys. Child survivors were also sent to Switzerland.

Caring for the Children

The first aid workers to arrive in Belsen were Quakers but also in the group was the first Jewish aid worker to arrive in the camp – Jane Leverson (later Levy). A key role in caring for Jewish survivors was played by the British Army chaplains Rabbi Leslie Hardman and Rabbi Isaac Levy.

Hardman and Levy called on the Jewish community to help by sending supplies and aid workers and were frustrated that the British authorities were slow in granting the Jewish Committee for Relief Abroad’s Jewish Relief Unit (JRU) access to the Belsen-Hohne DP camp.

The first JRU volunteers arrived on 21 June 1945. The group was led by Shalom Markovitz. Markovitz was a leading member of Bachad and played a major role in bringing the Boys to UK and organising their care.

A second team arrived a few weeks later and a third in August. Helen Balmuth (later Bamber) was part of the JRU. She became a leading psychotherapist and human rights activist, who also worked with the Boys in the UK. Also in Markowicz’s team were Eva Kahn-Minden, a nurse, who was later the matron of the Quare Mead hostel in the UK and Sadie Rurka (later Hofstein), who was a nursery school assistant and had been the only person to volunteer for the post of Child Welfare Officer.

Before Rurka left the UK for Holland and then Germany, she had been given a brief training course at the Great Ormond Street Hospital, the Tavistock Clinic and Anna Freud’s nursery. When she arrived in Belsen, twenty-two-year-old Rurka was put in charge of 83 children under the age of 16 who had no relatives to care for them. She became the matron of the Kinderheim, the children’s home where 47 of the Boys were cared for. Not all of the Boys in the home had been liberated in Belsen and a number, like Chaim Liss, arrived after the liberation.

Rurka spoke Yiddish with the children and was a key player in the founding of the DP camp school. The children in the school were taught in German, which was the only common language. One of the teachers was a Czech survivor Irene Mandel who spoke five languages. It was here that Josef Himmelstein learned to read and write as he had had no schooling since the age of nine. Not only JRU aid workers cared for and taught the Boys but aid workers from the American Jewish Joint Distribution Committee were also involved in looking after them.

The Boys who spent time in Belsen experienced the revival of Jewish cultural, political and religious life. Nearly all the survivors were ardent Zionists.

The Belsen-Hohne DP camp was the largest in the British occupied zone of Germany and remained so until it closed in 1950. It would have seemed logical that, as it was the British government who had offered 1000 visas to Jewish orphans from the concentration camps, the vast majority of those children would have come from Belsen, but they did not. Only 47 child survivors from the camp became part of the Boys and that was only after a timely intervention from David Ben-Gurion, the chairman of the Palestine Mandate’s Jewish Agency.

Opinions in the DP leadership and among aid workers were divided as to where the children would build a new life. The night before the children were due to leave for the UK the head of the children’s home, Sadie Rurka, who was in favour of her charges being taken to the UK, argued late into the night with the head of the Central Committee of the Liberated Jews, Josef Rosensaft. Rosensaft, a staunch Zionist, wanted the children to settle in Palestine. He only agreed to let the children leave after Ben Gurion, who was on a visit to the camp personally, interceded on their behalf. He promised Rosensaft that all of the children would be resettled in the Palestine Mandate. The Boys who had been given visas for the UK had previously staged a demonstration demanding that they be allowed to leave for Britain.

While the Boys were in the Bergen-Hohne DP camp Jewish survivors were classified by their country origin and were only recognised as a separate group after the Boys had left for the UK. This is clear from the list of the children who came from the British zone as they are listed by nationality unlike those of the second group who arrived at the same time from the American sector.

Shalom Markowitz returned the UK from Belsen before the arrival of the second group of the Boys. He visited staff at Wintershill Hall to brief them. The Central British Fund then appointed Markowitz and his wife to be the wardens of a large hostel in Hemel Hempstead that was prepared to receive a subsequent group from Belsen of 220 children. This group of children never arrived in the UK as they were prevented from leaving by the Committee of the Liberated Jews, who demanded that the children settle in Palestine. The committee was supported by the rabbis in the Belsen-Hohne DP camp, who opposed the children’s transfer to the UK as some children on the pre-war Kindertransports had not been placed in Jewish homes.