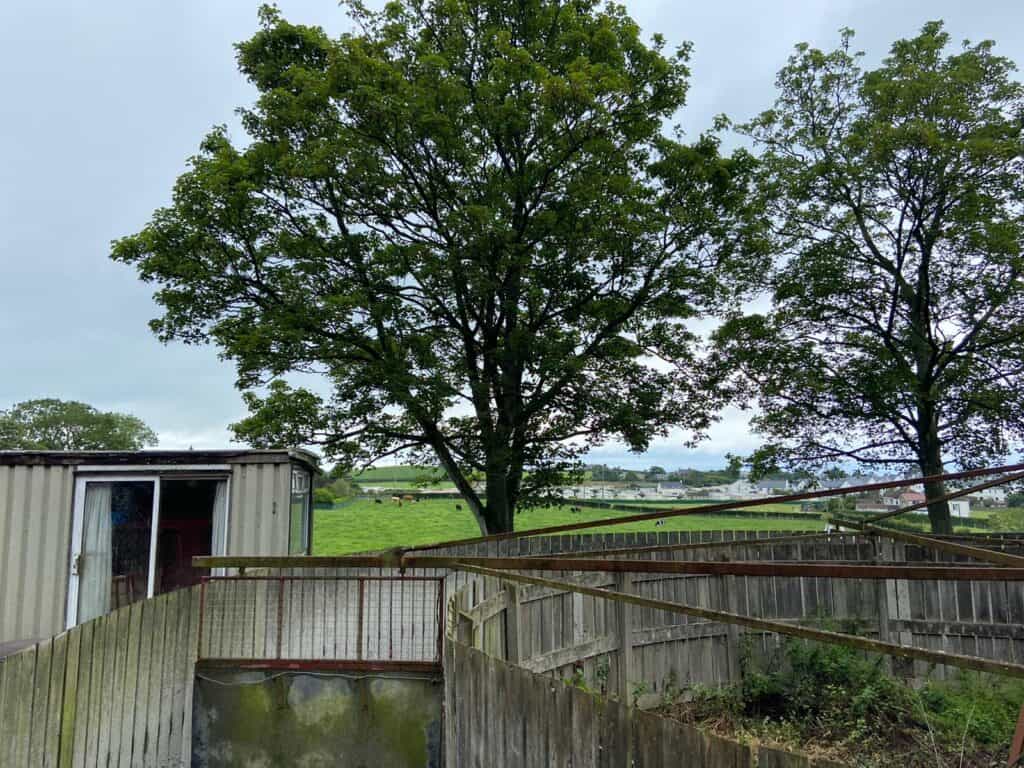 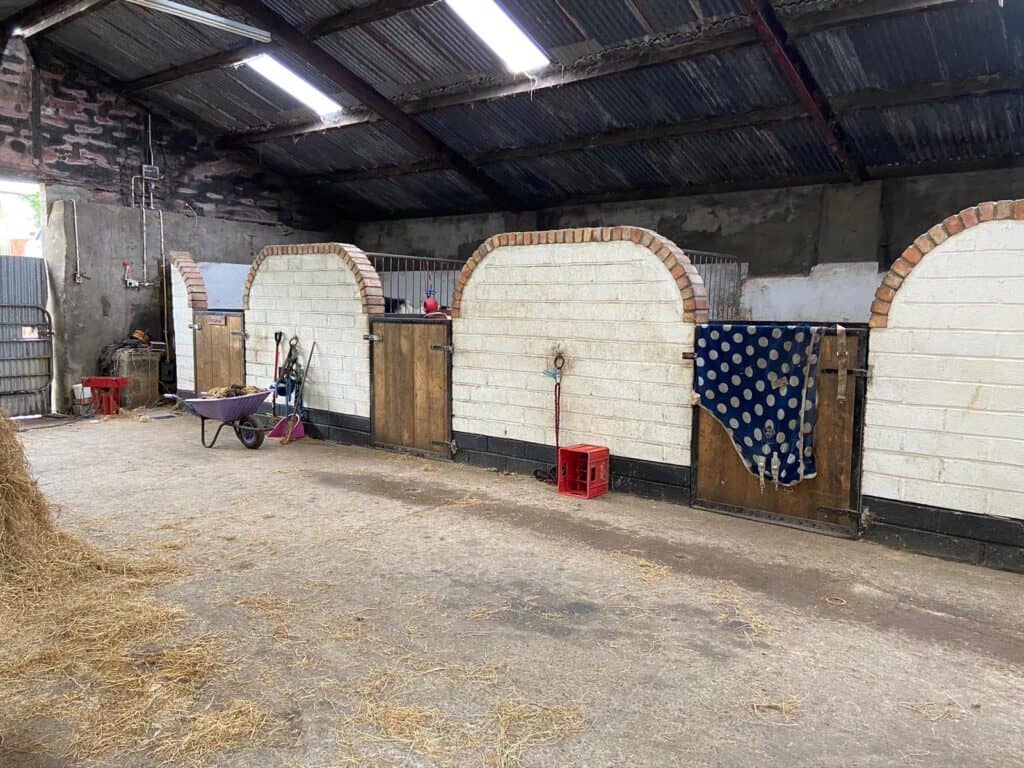 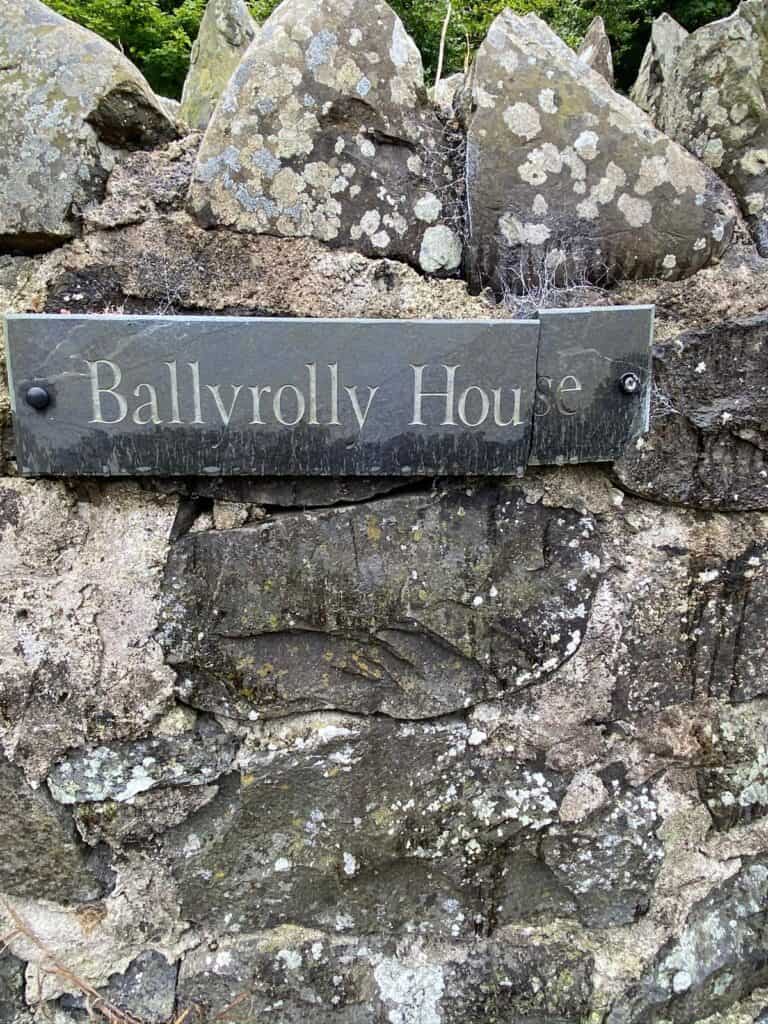 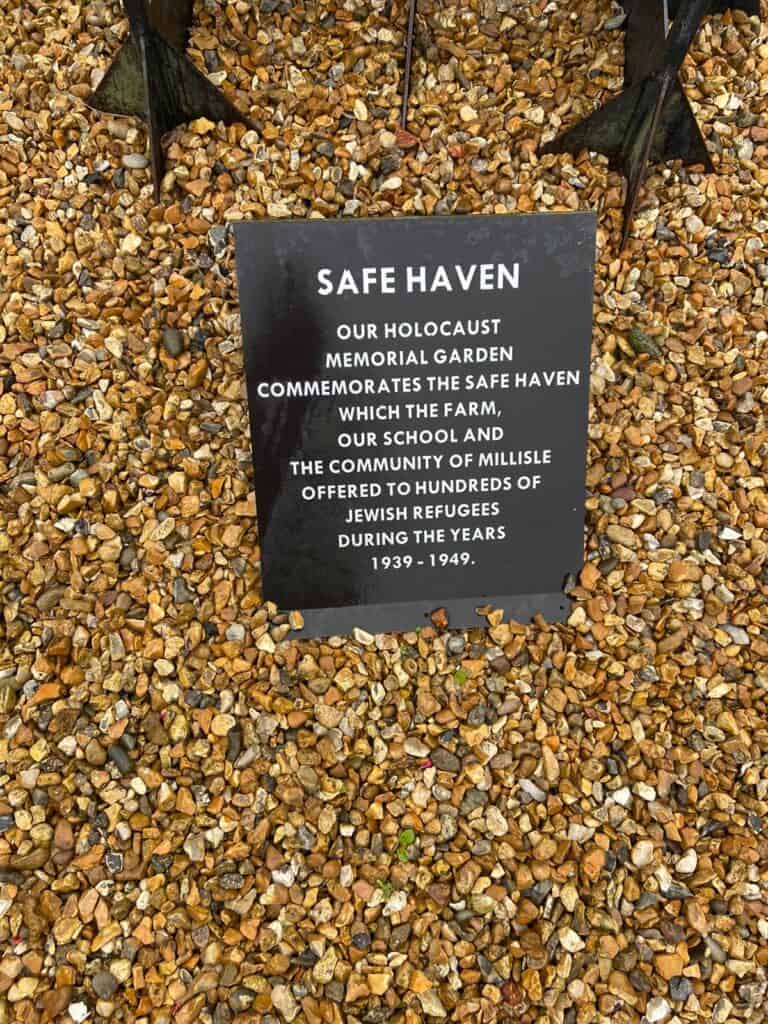 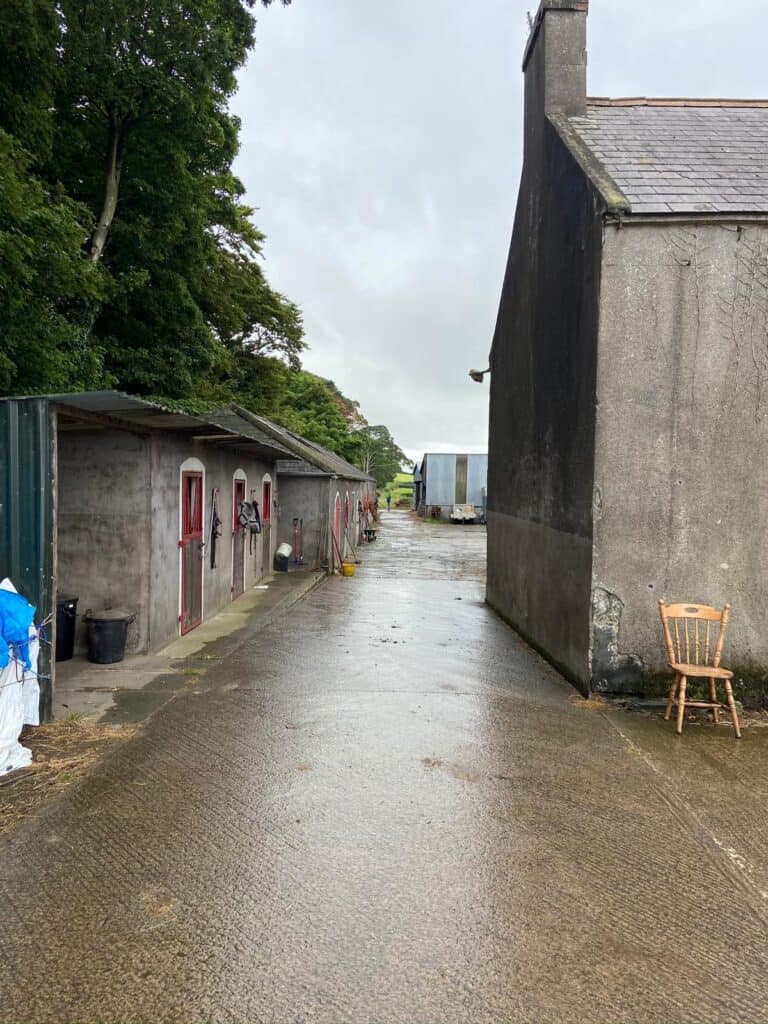 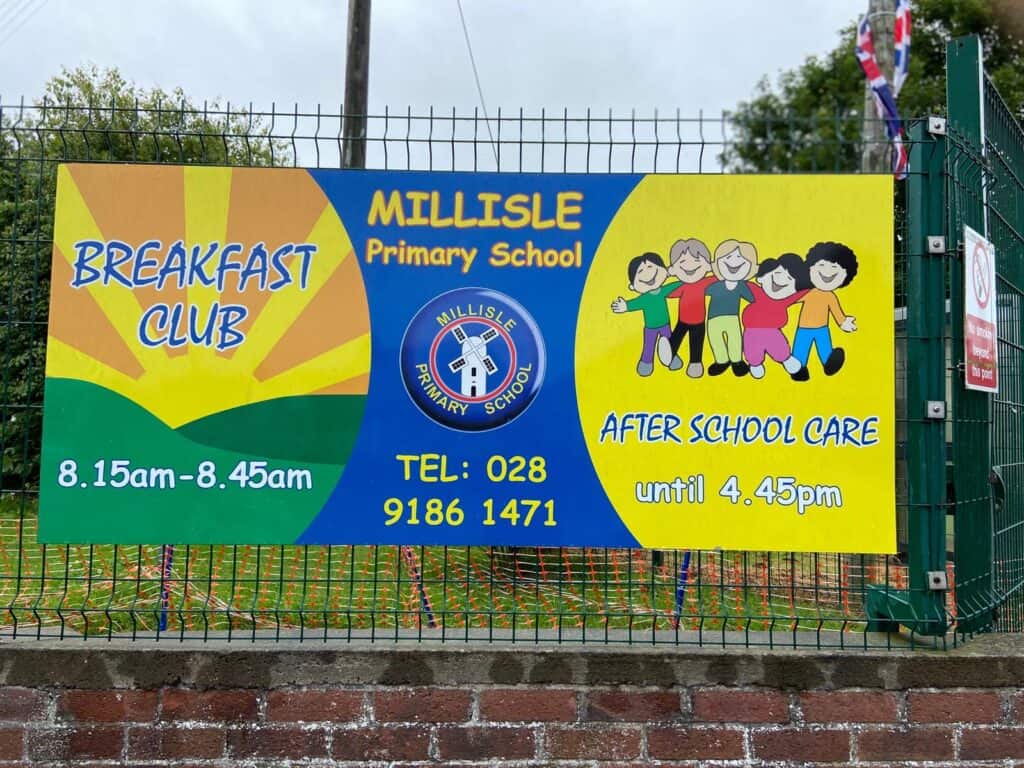 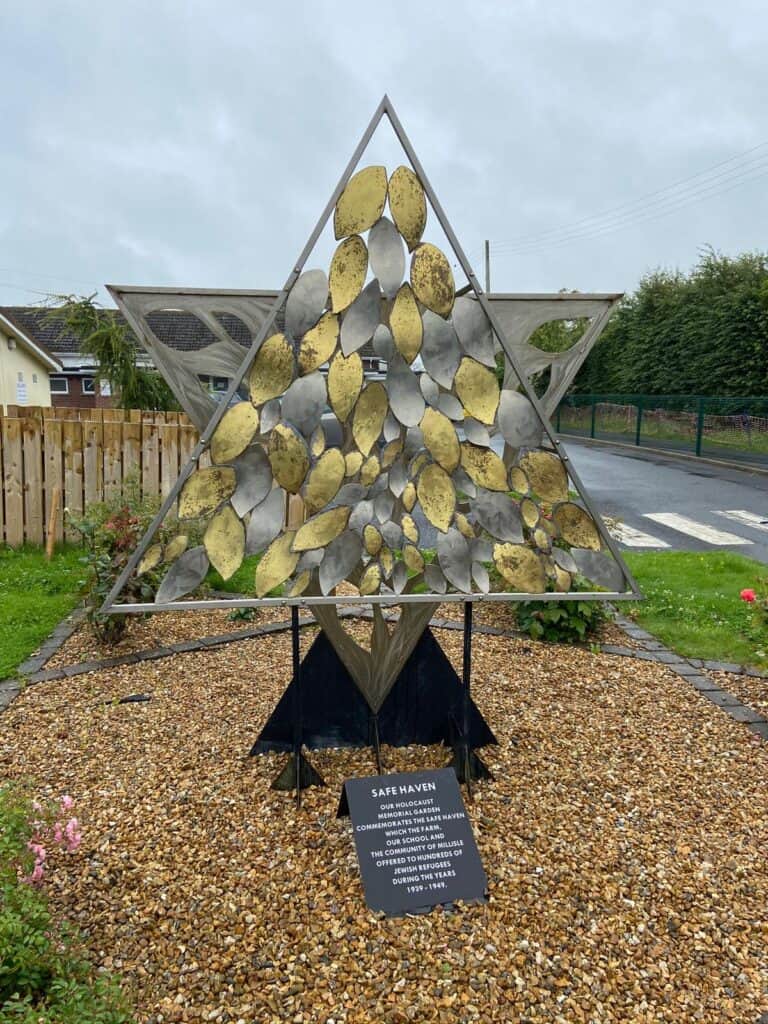 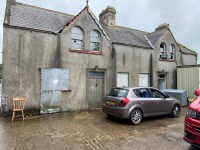 The hostel in Millisle was a training farm. It functioned between 1938 and 1948 and before the Boys arrived it had been used to house children who had come to Britain on the Kindertransports.

It was near the village of Donaghadee, 20 miles south of Belfast in Antrim county. There were close links with the Belfast and Dublin Jewish communities.

The Committee for the Care of the Concentration Camp Children knew that if given a choice the children would be reluctant to choose to go to Northern Ireland, so it was decided that a group would be flown directly there.

Forty-nine children were flown from Prague to Belfast in February 1946. Bachad’s Pummin Engle from Thaxted Farm went to Millisle to settle the group in.

When the Boys first arrived at Millisle, they were presented with a large meal in the dining hall. The children however grabbed the food in a desperate manner and rushed to hide it under their beds.

The daily routine began with prayers before a hearty breakfast. The morning was taken up with English lessons and the afternoon devoted to physical exercise and gardening.

The Boys slept in dormitories and the dining room had views of the fields nearby. They were given half a crown of pocket money each week to go to the cinema and amusement arcade in Donaghadee.

The hostel was often visited by people from the local Jewish community and occasionally by the Rabbi of Belfast. During the summer, the children were invited on holidays by the Dublin Jewish community. They were usually split into pairs and each pair would be allocated to a family in the community. Vilem Greunberg, one of the Boys described this as “a wonderful luxurious revelation.”

The group at Millisle once performed a play for the Jewish community in Dublin written by Dr Fridolin ‘Ginger’ Friedmann and one of the Boys Isaac Brandstein.

Later, a house was purchased in Donaghee and a group of 35 were moved to live there.

Some of the children were not happy in these remote rural communities and although many of them wanted to go Palestine, they wanted to go with qualifications and training, not just knowing how to milk a cow. Friedmann said the children felt ‘deceived’ by the conditions in which they were brought to the UK.

There is a primary school next door with a Holocaust memorial garden commemorating “The safe haven which the farm, the school and the community of Millisle offered to hundreds of Jewish refugees during the years 1939-1949.”

In 2018, Holocaust survivor, Ruzena Solomovic, now Rachel Levy, returned to Millisle and her visit was documented by the BBC.

Dr Fridolin ‘Ginger’ Friedmann, who had run the reception centre in Wintershill Hall took over the running of the farm when the third group arrived. Is initial reaction was that the hostel had a barracks like atmosphere and he feared it was over-crowded.

He was then replaced by Bachad’s Erwin Seligmann and Mrs Friedman was replaced as matron by Sidi Levy, from Thaxted Farm.