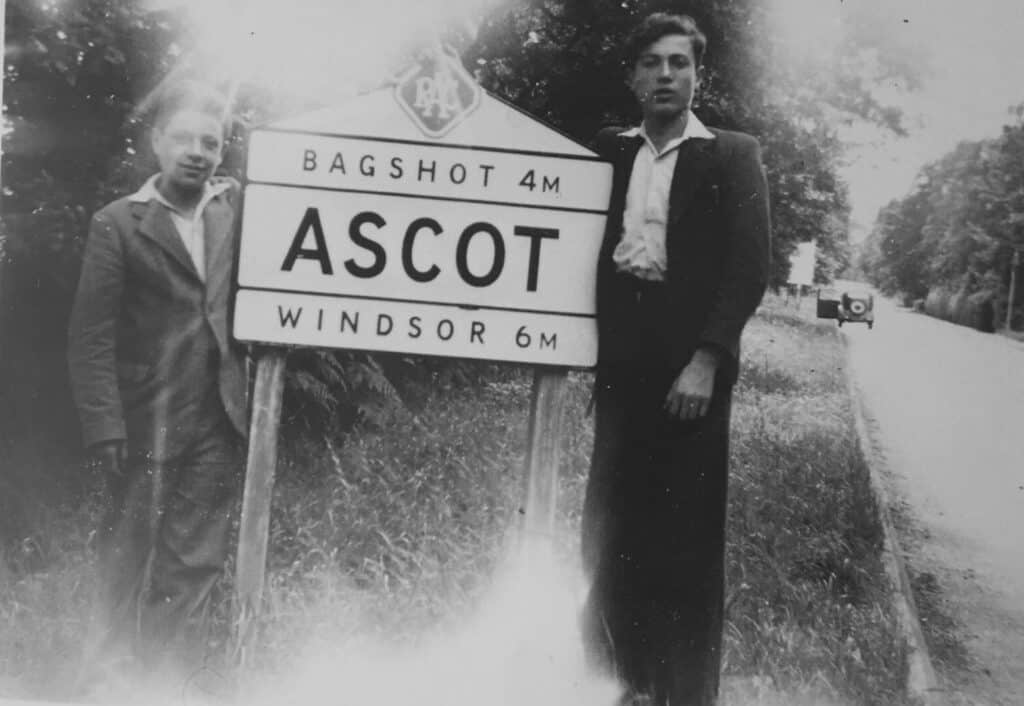 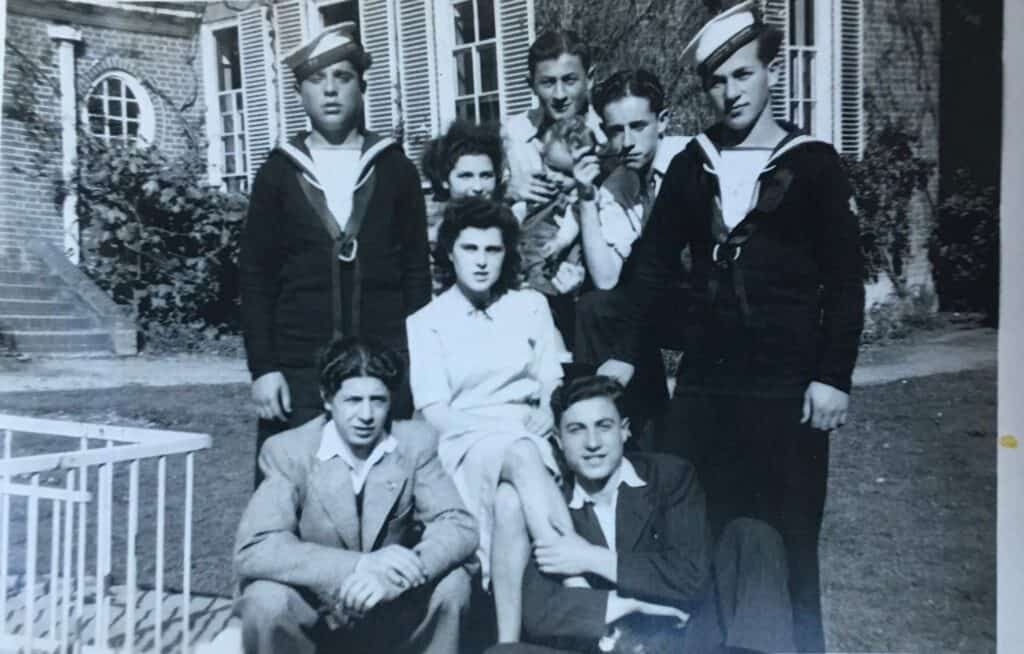 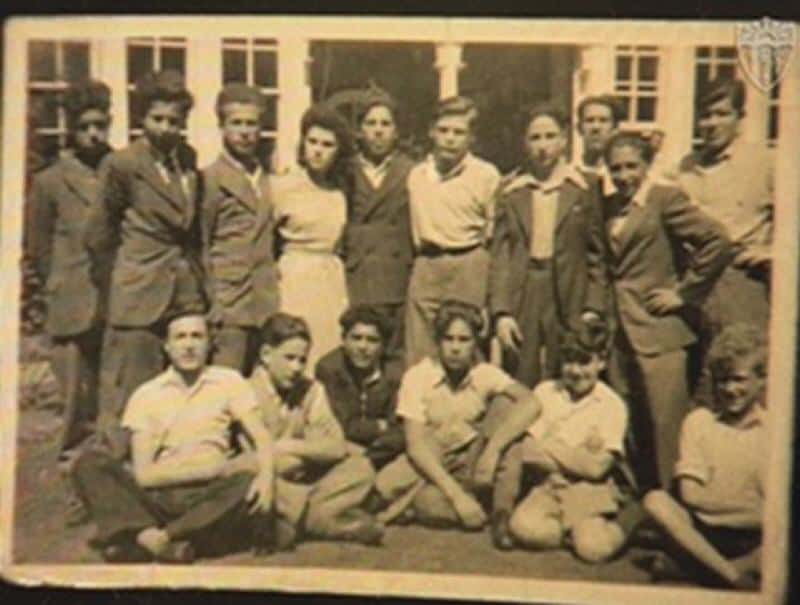 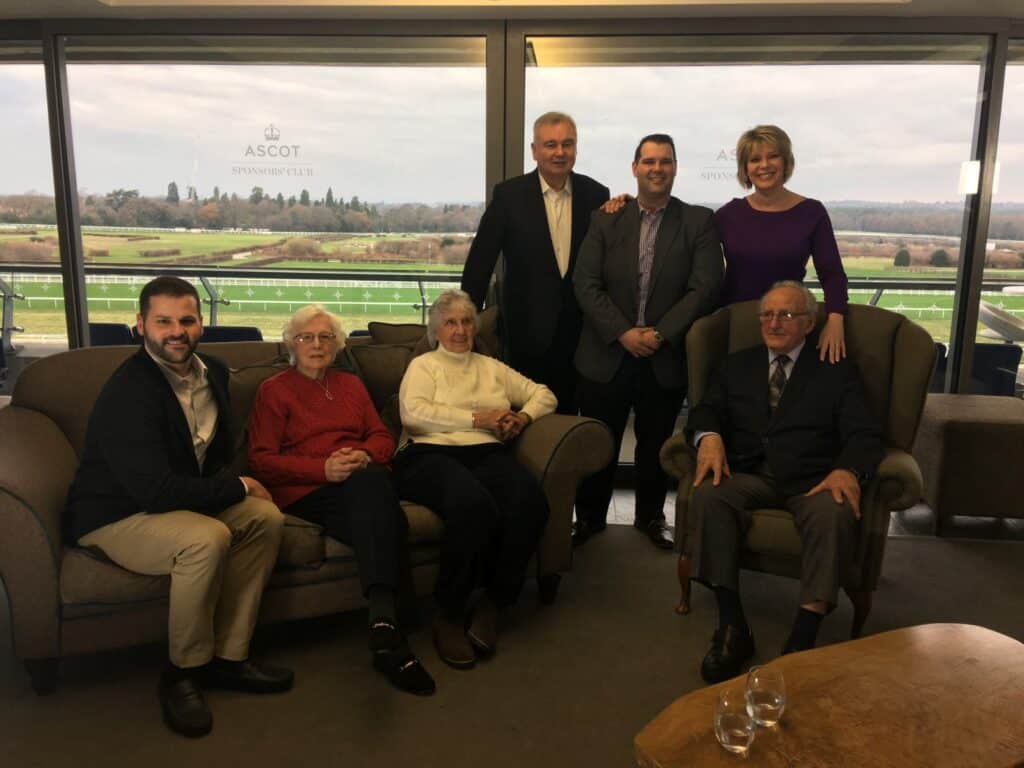 'Do the Right Thing' for Channel 5 was filmed at Ascot Racecourse. 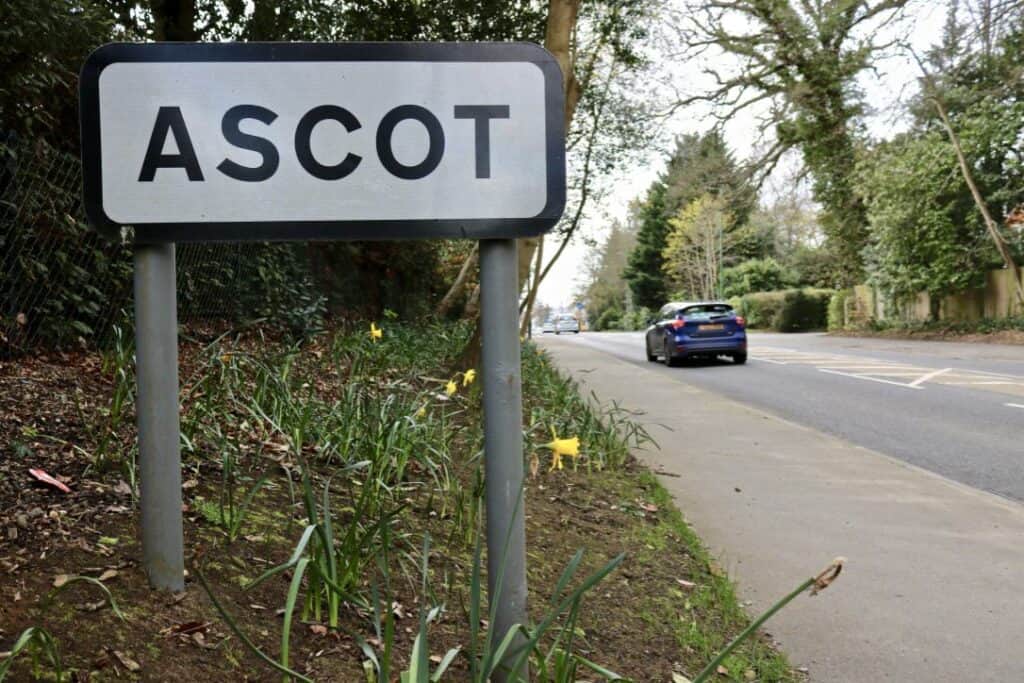 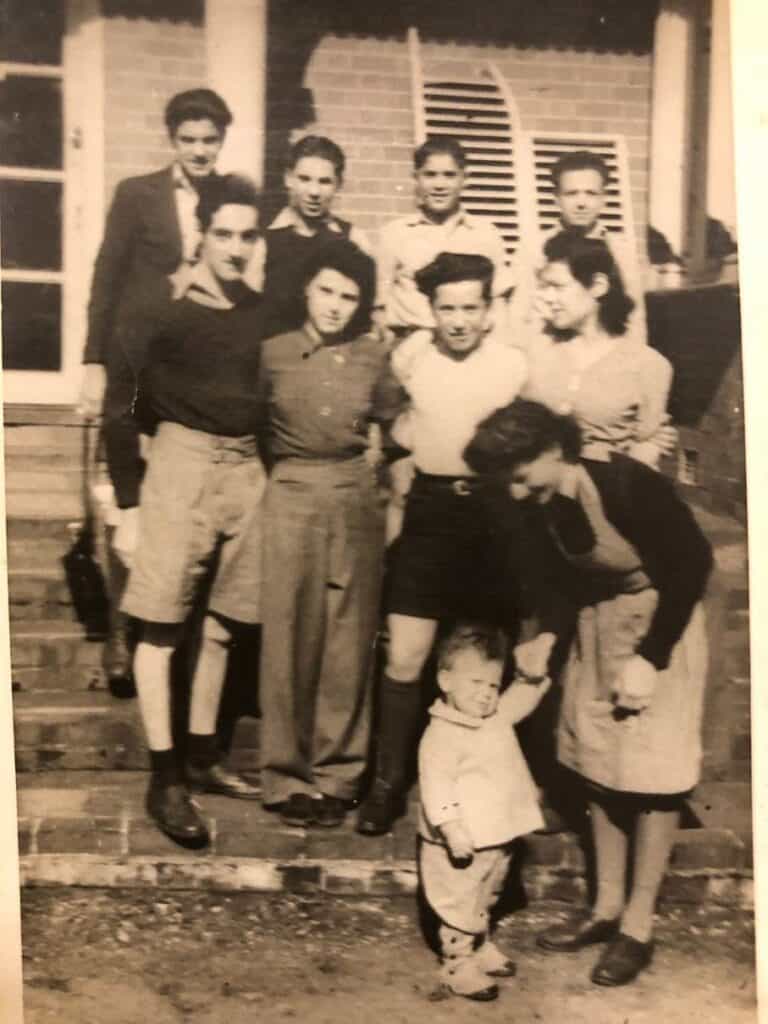 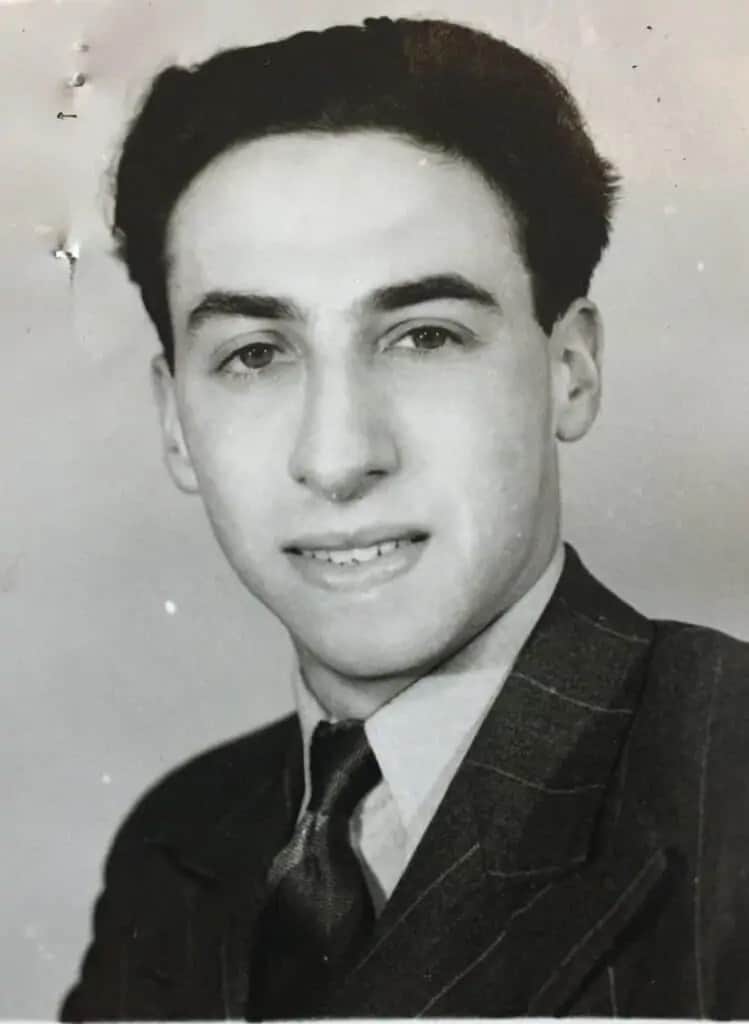 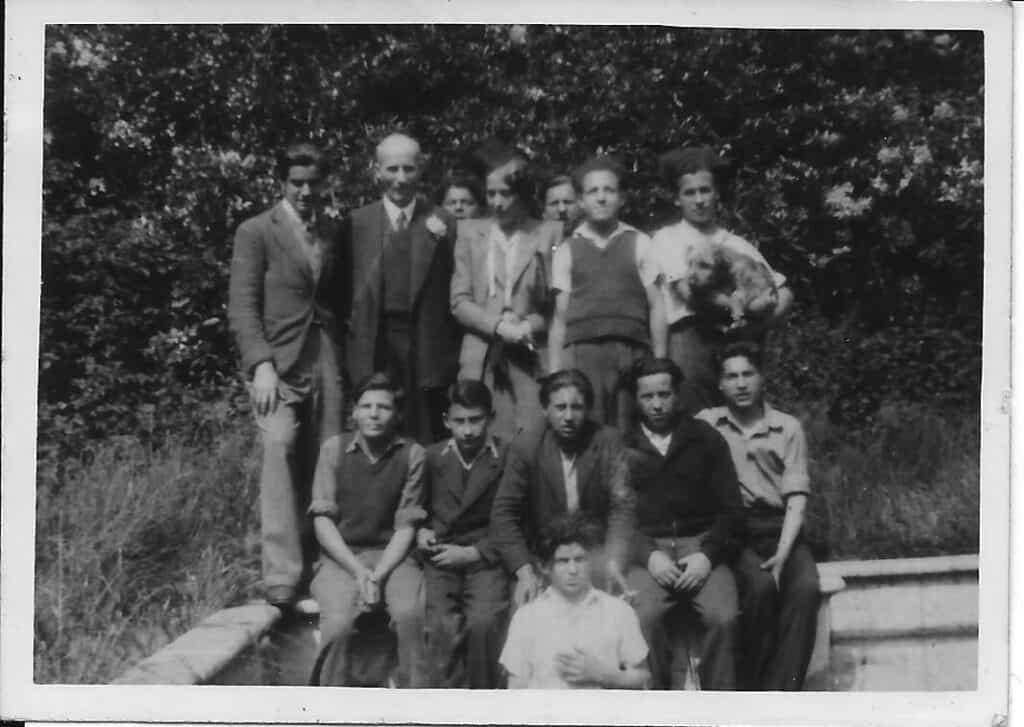 Leonard Montefiore with the Ascot Boys. Image courtesy of the Englard family.

Woodcote had a large garden full of rhododendron bushes and belonged to a member of the local council. It had been used to house Jewish children evacuated from London during the second half of World War Two.

The house was demolished in the mid-1990s and is now a gated housing development.

The young survivors cared for at Ascot came from a number of central and eastern European countries.

In his memoir, Stephen Wolkowicz described the Boys’ arrival on a double decker bus after a train journey from Windermere to London. The boys on the top floor were terrified they would be killed as the bus passed under the bridges across the road.

Although local residents recall them being happy and lively children, the boys who arrived at Woodcote had endured unimaginable persecution. Rehabilitation started with the basics; many of the boys were taught table manners and persuaded not to stockpile food. Their experiences meant that every mealtime the children sneaked slices of bread from the table to hide in their pockets and under the pillows of their beds.

The emphasis at Woodcote was on the future and providing the children with the skills to build a new life. The languages used in Woodcote were German and Yiddish, but the boys were issued with English textbooks donated by the British Council. The warden Manny Silver described the boys as having a "devouring need to learn."

The hostel was run on a co-operative basis and classes were not compulsory. The Boys were taught English, Maths and Geography as well as Hebrew, as most of the Boys wanted to go Palestine.

While at Ascot, many of the Boys recall shopping in the high street, going to the cinema, riding bikes and rowing on the river. The Boys also talk of playing football on the racecourse, which was at this point not fenced off, and of socialising with local girls. They were given suits by the tailoring firm Burton, and money to buy shoes. The congregation at the Maidenhead synagogue were also involved with caring for the Boys.

The Committee for the Care of the Concentration Camp Children considered Ascot a failing hostel that was badly run. So in June 1946, the hostel head Manny Silver was dismissed.The Boys were so angry that they went to Leonard Montefiore’s office in Bloomsbury Square in London and protested violently. Nevertheless, Silver was replaced.

The hostel closed in December 1946 and the CBF noted the high cost of the repairs needed before the house was returned to it previous owner.

There was virtually no knowledge of the hostel in Ascot until BBC Online published an article about the hostel in May 2018. Since then there has been considerable interest in the story from the local press, Channel 5’s Do the Right Thing featured the story in February 2019.

In the autumn of 2018, the Ascot Holocaust Education Project was set up by local residents and a memorial plaque marks the site of the hostel.

The head of the hostel was Manny Silver. He spoke Hebrew and a smattering of Yiddish. He was only slightly older than the boys and was just twenty-two years old.

Silver was born in Leeds and had worked with Jewish children who had been evacuated from the East End in Devon and then at Woodcote House in Ascot during the Blitz.

The matron was Stella Myerowtz. Her parents had been born in Russia and she spoke fluent Yiddish. Sliver and Myerowitz married while at Ascot.

Working alongside Silver were three members of staff who had come to England as Jewish refugees before the war.

Ester Weisner had been born in Magdeburg in Germany in 1923 and her family had been murdered in the Holocaust. She was a member of Bachad and was sent to Ascot when some boys who should have been sent to Liverpool were sent there by mistake. Her first husband was a doctor from Liverpool, Dr Sidney Newman.

Also on the staff was Heinz Samuel, who had been a youth worker in Austria before the war. He was very popular with the Boys. 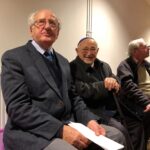 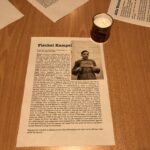 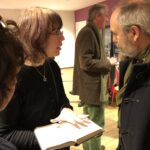 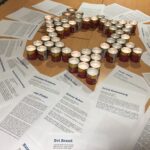 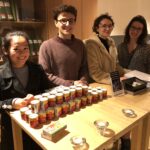 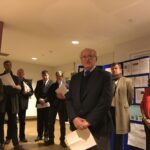 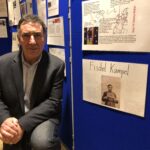 Lawrence Kampel with work by local school children. His father was Fishel Kampel. 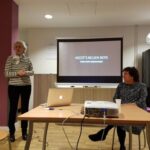 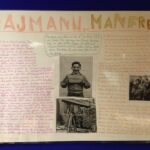 Local schools have been studying the story of the Ascot Boys. 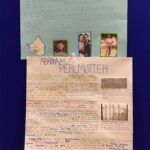 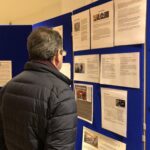 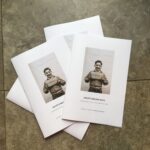