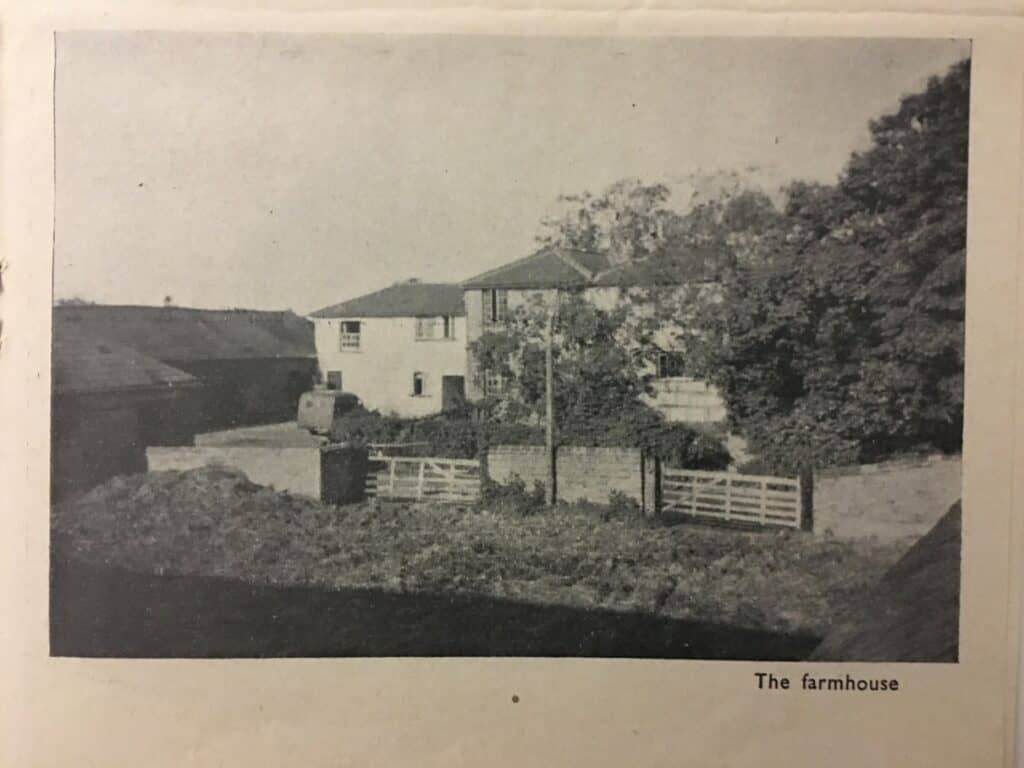 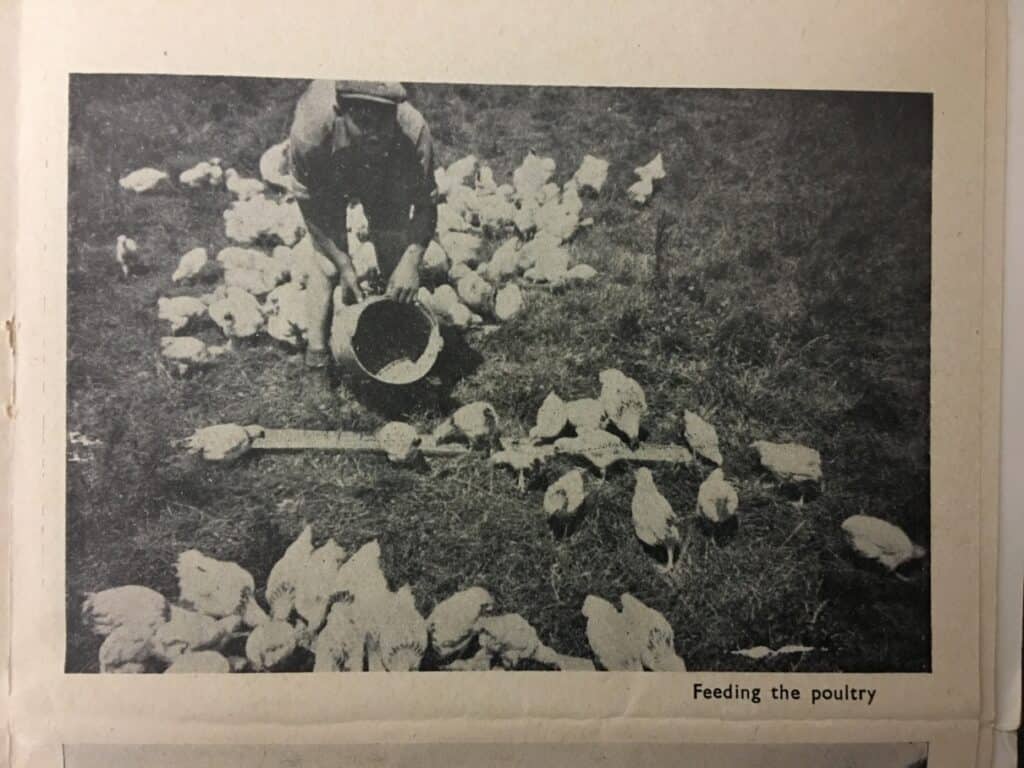 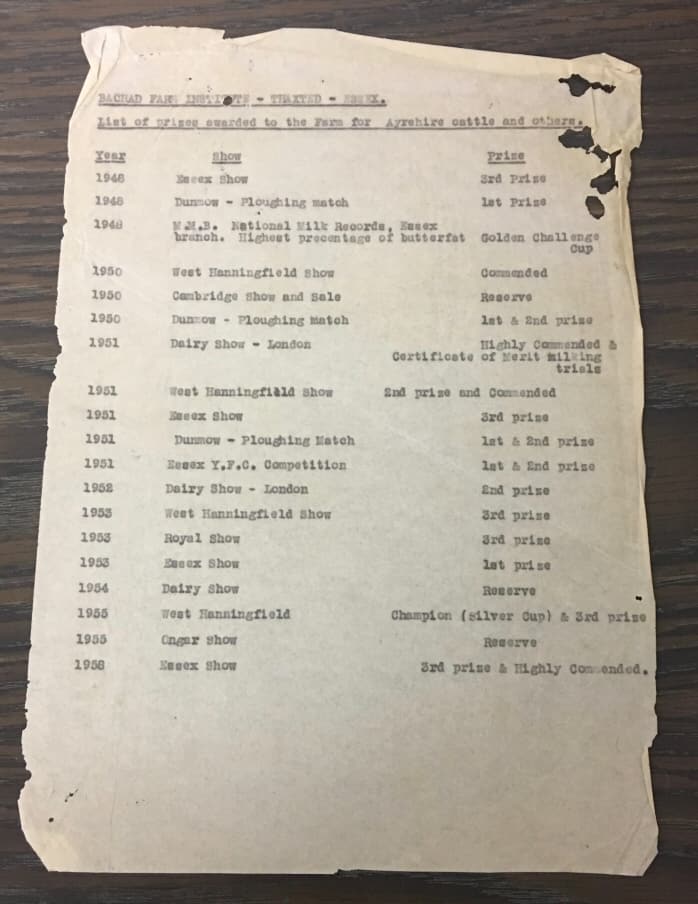 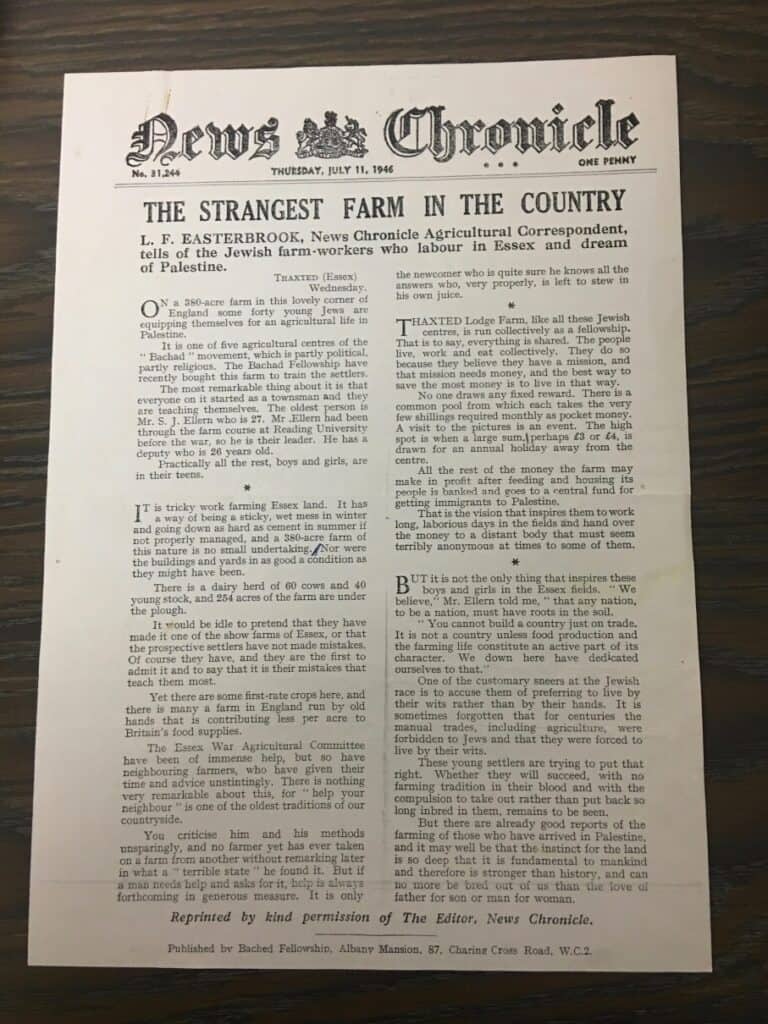 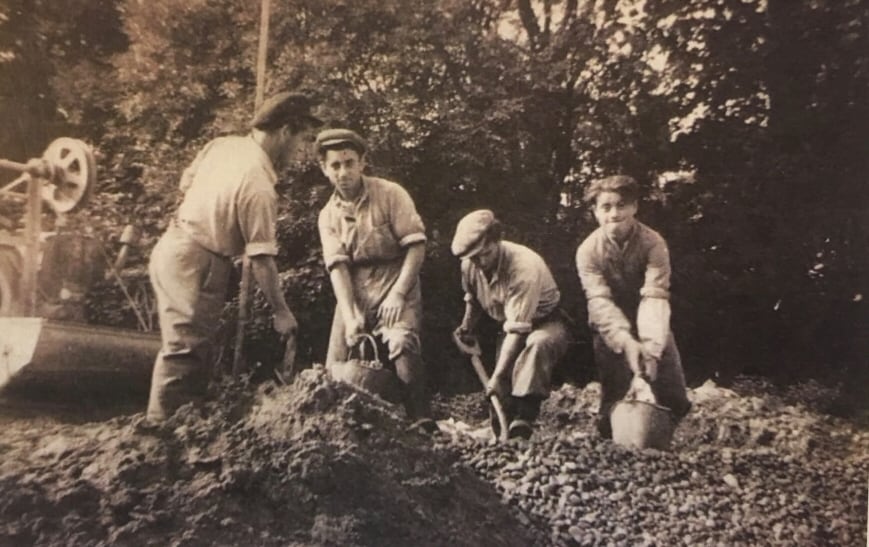 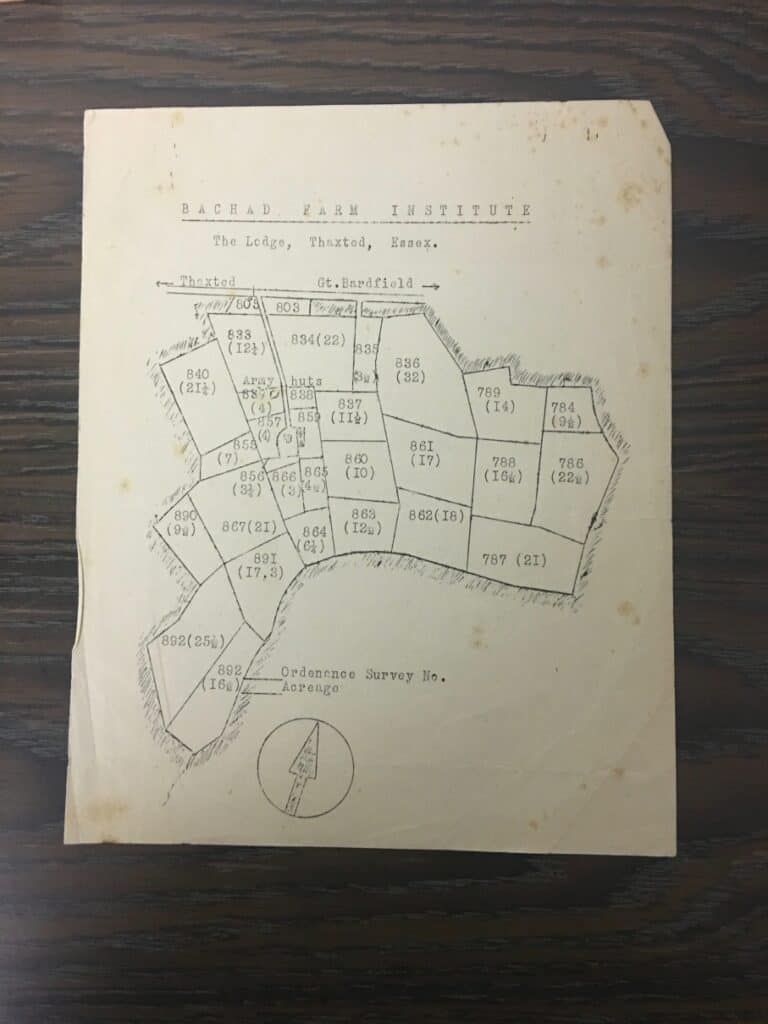 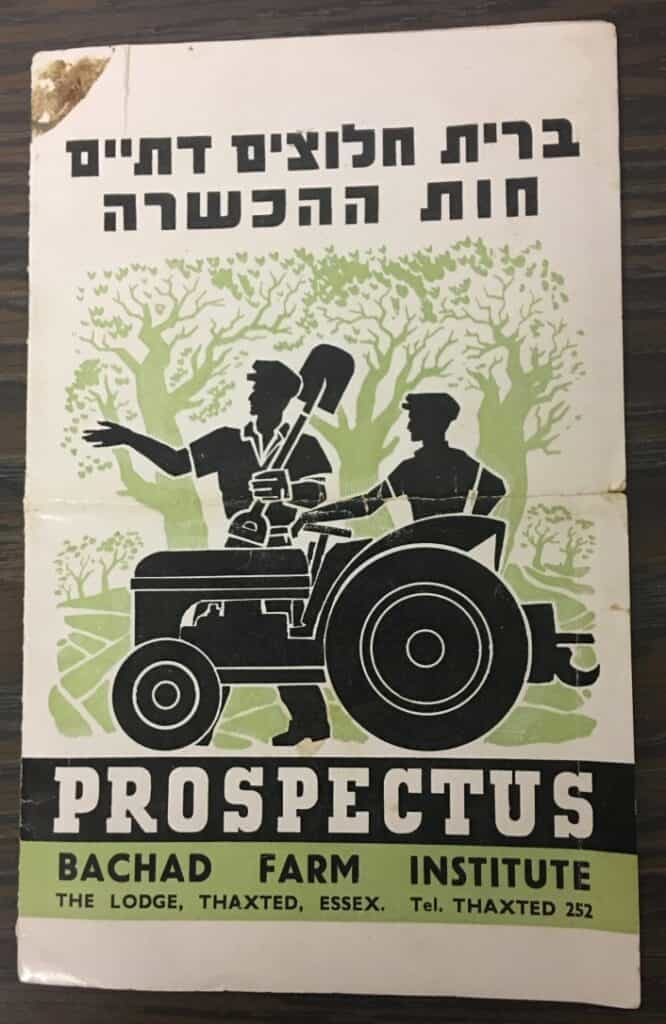 Thaxted Farm was just outside the small town of Thaxted, in Essex, fifty miles north-east of London.

The farm, also known as the Bachad Farm Institute, operated between 1944-1962. Bachad was a religious Zionist organisation, who were closely involved in caring for the Boys and had established a number of training farms (hachsharah) during the 1930s in Germany.

Today, Thaxted is a private farm.

Young people were taught agricultural skills at Thaxted in the hope they would emigrate to Palestine, and after 1948 to Israel, to work the land. Trainees spent a year there and were housed in two cottages or huts purchased from the Ministry of Agriculture. There were classes in Hebrew, Jewish history and religion.

Some members of the Boys spent a shorter time at Thaxted. Arek Hersh recalls that the Boys from the Singleton Road hostel in Manchester, which was also run by Bachad, were all taken for a short holiday on the farm as were the girls from Cazenove Road.

A new building was added to the farm to house volunteers called the Herbert Laster Memorial Hostel in memory of Laster, who was killed in an air disaster over Bulgaria in July 1955. He had worked closely with the Boys.

Members of the staff and some of the Boys, who were at Thaxted Farm, went on to found Kibbutz Lavi in northern Israel.