As the future members of the Boys came out of hiding and returned home to find that the overwhelming majority of their family had not survived, they began to gravitate to towns like Bratislava and Kosice in present day Slovakia and the capital Prague, where Jewish committees supported by the UN and the American Joint Jewish Distribution Committee were running children’s homes and trying to rebuild Jewish life. These organisations offered food, pocket money, accommodation and help finding employment. A number of the younger children in the third and fifth group of the Boys were taken to the children's home in Kosice (Kassa in Hungarian/Kaschau in German). The city played a significant role in their experiences immediately after the liberation. 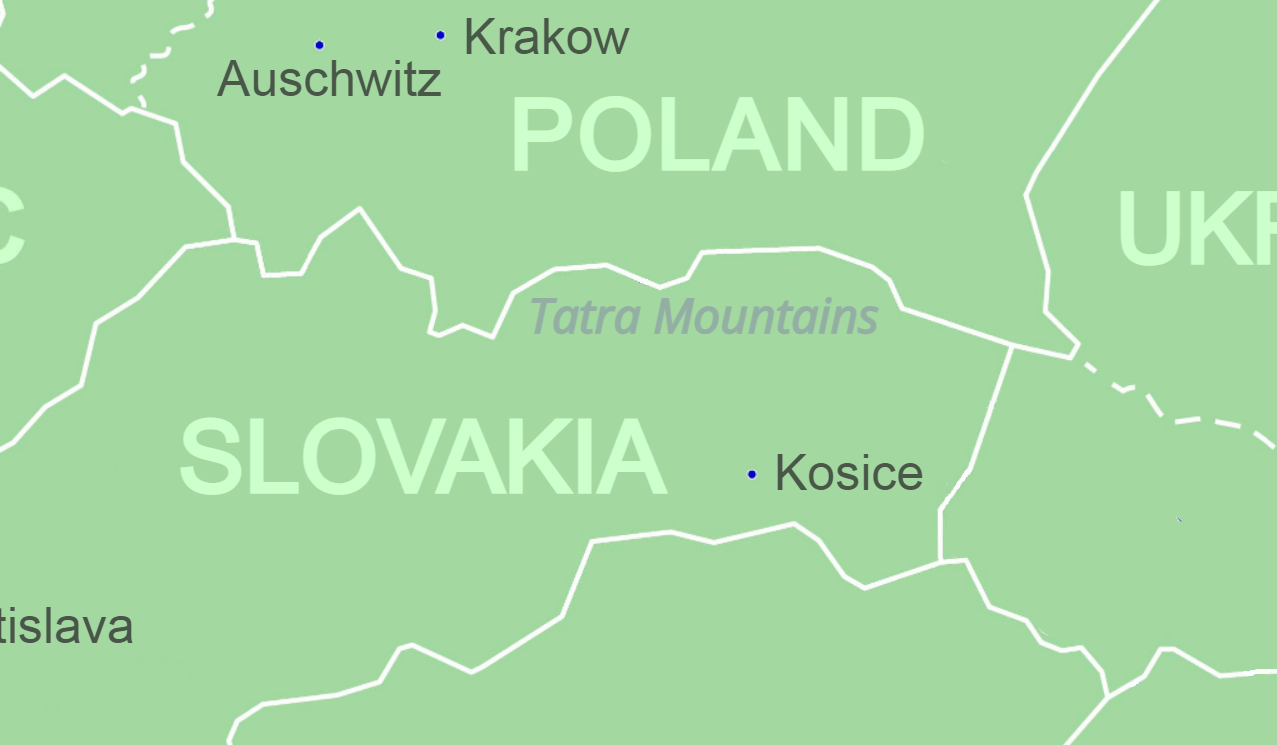 Kosice was liberated on 19 January 1945 by Czechoslovak and Soviet forces. Until the liberation of Prague in May 1945, it was the seat of the new Czechoslovak government and all the countries principal organisations. Jewish groups across a broad spectrum of political and religious affiliations also made Kosice their Slovak headquarters.

Until the German invasion of Slovakia in March 1944, Koscie had been a centre where Jewish refugees from Poland were helped by the local community, especially the youth groups, who helped to smuggle Jews into Hungary. Although the Jews of Kosice had suffered terribly under the persecution of the Arrow Cross and the Nazis, Jewish life quickly revived after the liberation and the community united together. They reopened the synagogues and the children's home and set up a soup kitchen and temporary hostel for the homeless and refugees who arrived in the city from Czechoslovak territories further to the east that had been annexed to the Soviet Union. Kosice was an important point where survivors registered their names with Jewish agencies who then sent these lists to the International Red Cross, the World Jewish Congress and the Jewish Agency.

Jewish life centred around the synagogue on Zvonarska street where the children's home was sitatued. An important yeshiva was founded by survivors and its students were photographed by the photographer Roman Visniac in 1947. Agudat Israel was active in Kosice and this was no doubt one of the reasons that Rabbi Schonfeld knew that there were religious orphans in the children's home on Zvornarska Street.

The first Jewish High holidays after the liberation were important stepping stones for the survivors. On Rosh Hashana 1945 in the two synagogues public prayers were held and many people took part in them.  These were emotional moments when children realised that they no longer had they families around them.

Jewish life in Kosice was lively and centred on Zionism, religious learning and commemorating the dead. Memorial tablets dedicated to the Jews of Kosice who were murdered in the Holocaust were placed in the cemetery and in the synagogue in Zvonarska Street. Life did not return to normal as anti-Semitism was still rife in Slovakia. The first anti-Jewish riot to occur in Slovakia after the Holocaust took place in Kosice on 2 May 1945. The new Czechoslovak government were also reluctant to help Jewish survivors who had declared their nationality as Jewish in the pre-war census. As a result the emphasis was on emigration and starting a new life elsewhere.

Erwin Buncel spent time at the hachshara, the Zionist collective, in Kosicie training for a new life in the Palestine Mandate. One of the heads of the collective was his uncle Izidor Neugreshel. Buncel came to the UK with the third group of the Boys.

In 1947 there were 2,542 Jews in Kosice registered at the synagogue but there many more survivors in the city who had not done so. After the foundation of the state of Israel and the communist takeover the Jewish population declined considerably.