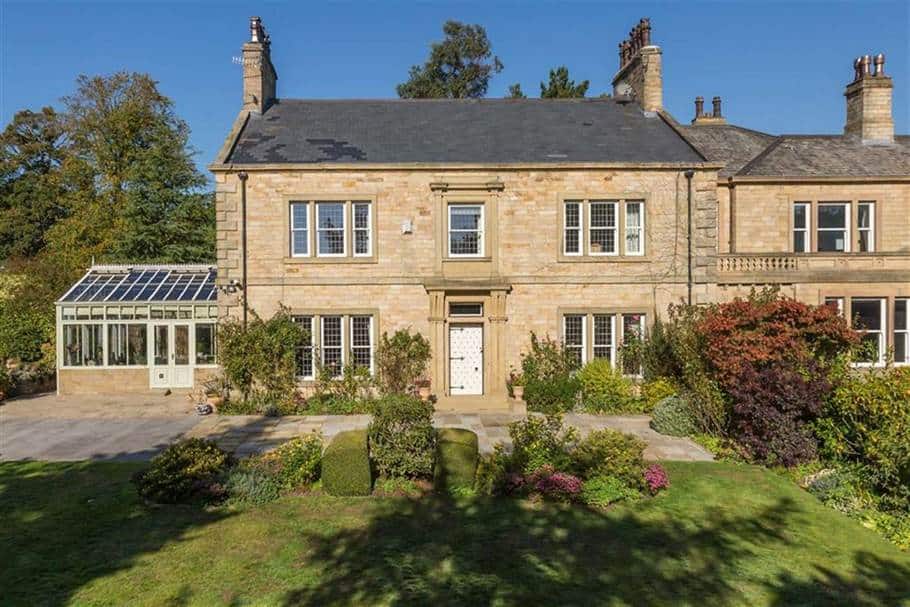 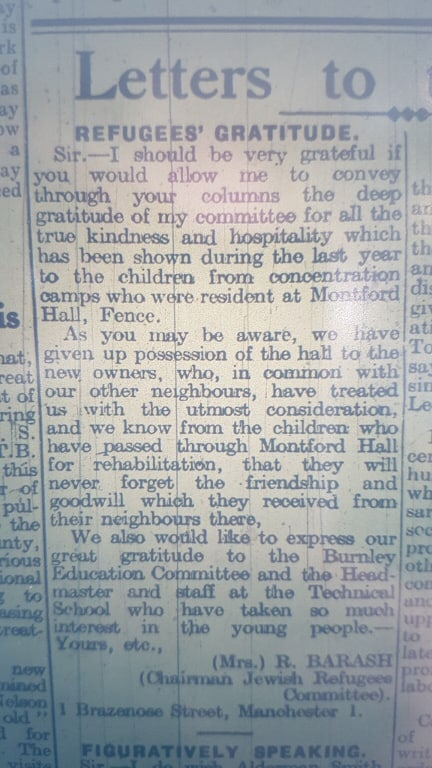 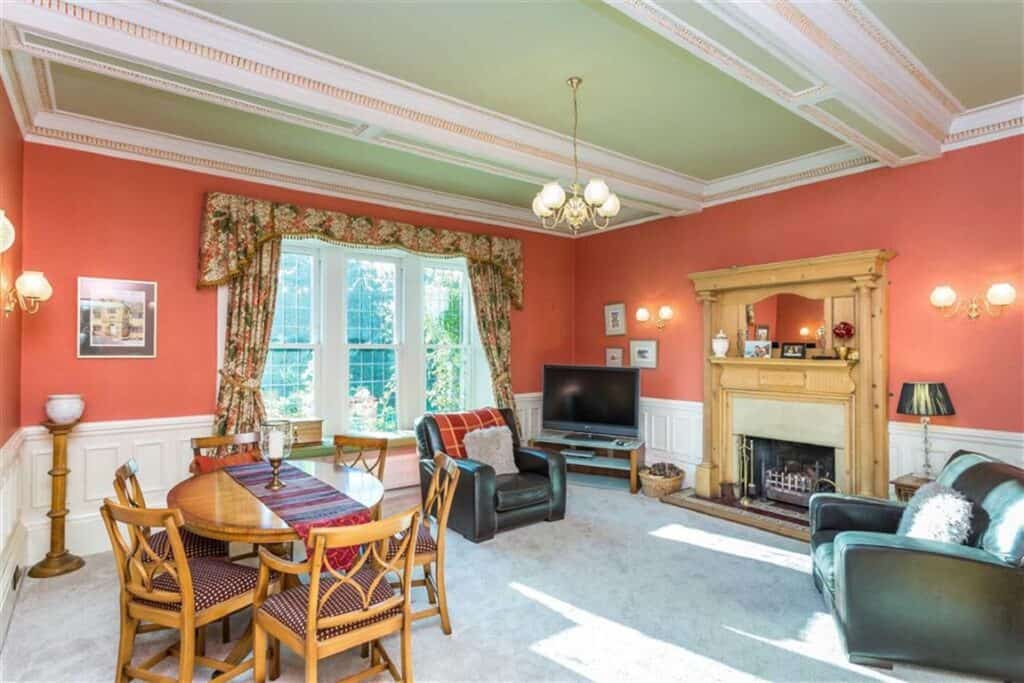 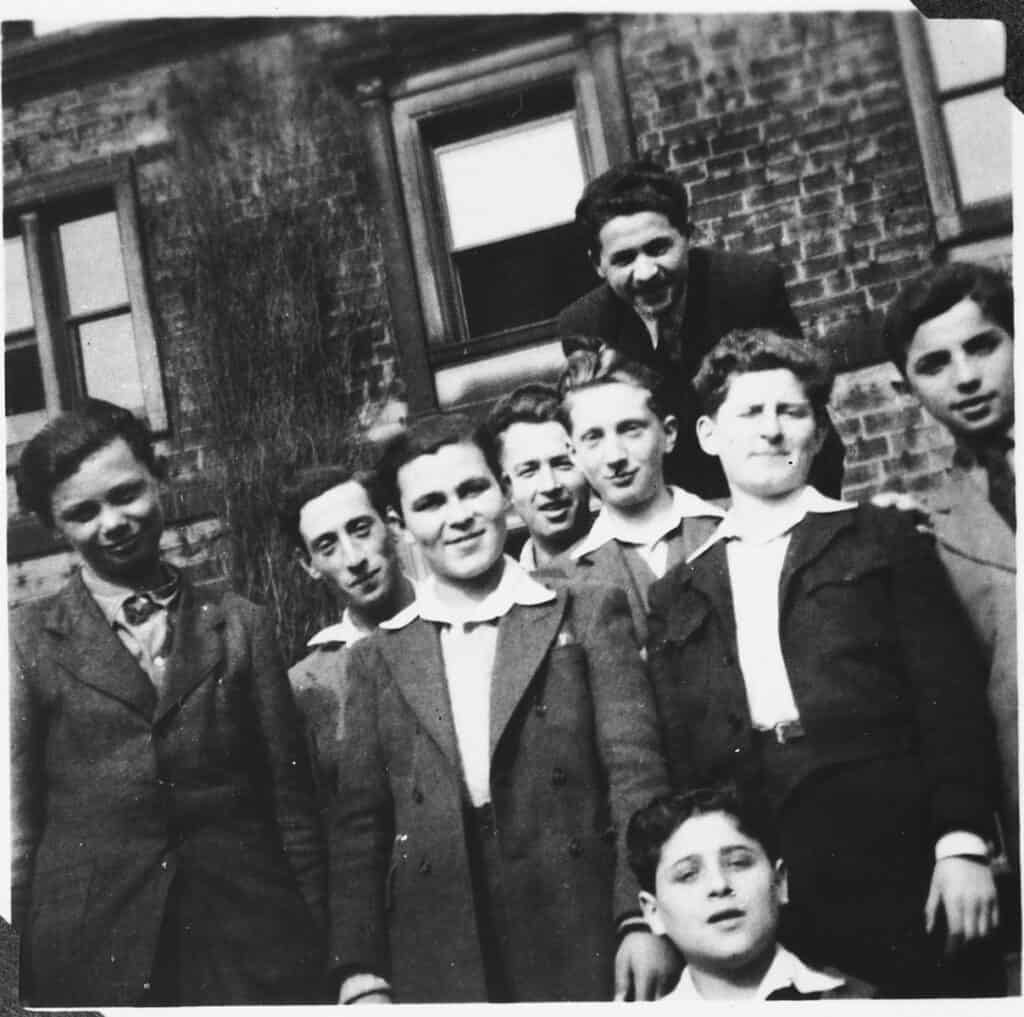 Montford Hall hostel was in Nelson Colne in Lancashire in the north east of England. It was close to the industrial city of Burnley. The hostel opened in March 1946 and closed later that year. It was sold by auction in late 1946.

The hostel was run by the Manchester Jewish Refugees Committee.

Montford Hall was an elegant country house, built at the turn of the century. It had extensive grounds and was set on a hill. The property is now a private house.

David Herman wrote that when the Boys arrived the staff lined up to greet them. Despite having open fires in the main rooms, the house was often cold and draughty.

Herman recalled that local people came to “stare” at them at then gates, and that the local boys were jealous when the girls paid the Boys more attention.

The children received lessons in a variety of subjects that lasted all day, at first conducted in German and later changing to English as their language improved.

They also played plenty of sport, such as football and volleyball, and went cycling in the countryside.

On the weekend, they were invited on outings to nearby towns with other youth groups and frequented village dance halls such as the famous Imperial Ballroom in the nearby town of Nelson. “Th’Imp”, as it was known, was host to many famous acts in the 1940s, such as The Joe Loss Orchestra, Oscar Rabin and His Band and singer Lew Stone, and later hosted the likes of The Beatles and The Rolling Stones in the 1960s.

In June 1946, after 10 weeks at Montford Hall, some of the Boys were given the opportunity to transfer to Nightingale Road hostel in London, which Herman took.

Mrs Wolf was the cook and the Committee for the Care of the Concentration Camp Children found her difficult to get on with.

Most of the teachers were German refugees, many ex-university professors.