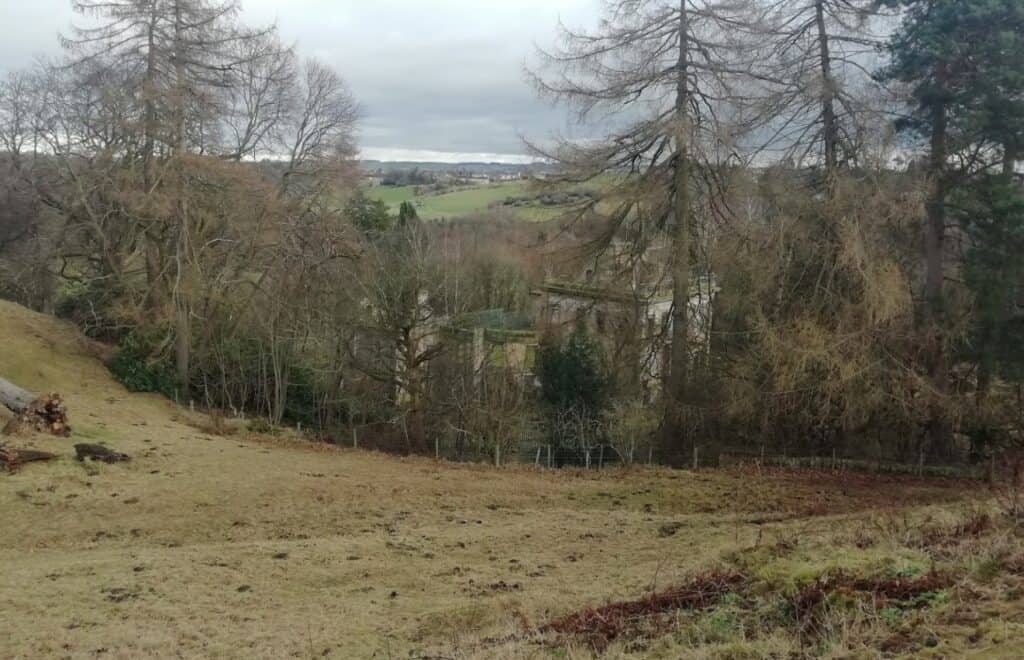 The hostel was a Zionist training farm, in Lasswade, Scotland, nine miles south of Edinburgh. Polton House was originally used to house German Jewish refugee children from the Kindertransport before and during the war.

The hostel functioned between January and December 1946 and 40 of the Boys stayed here.

Polton House was an 18th century house, which was probably built on the site of an older property dating back to at least the 16th century. The house belonged to Sir Philip Dundas, the founder of the Scottish branch of Alcoholics Anonymous. It was surrounded by flat countryside and was a large farmstead with a manor house, where the legend was that Mary Queen of Scots had been imprisoned.

There were classrooms up and downstairs and a large recreational area in the basement.

The house was demolished and is now an industrial estate.

Scotland’s first training farm was Whittinghame Farm School in East Lothian. The school was in Whittinghame House, the former home of the British politician A. J. Balfour, where he had written the 1917 Balfour Declaration, a statement issued by the British government supporting the establishment of a Jewish homeland.

Balfour’s nephew, who inherited the house, offered it to house Kindertransport children before the Second World War and to prepare them for life in Palestine on a training farm. In 1941, the school closed down and the remaining children moved to Polton House.

The Committee for the Care of the Concentration Camp Children had originally intended to send 50 of the second group, who arrived in October 1945, to Polton House,  but the children refused to go to Scotland. The committee then decided it would be best to send a group of children directly to Polton House.

Those children were part of the third group to arrive in the UK, who were flown to Prestwick airport in the spring of 1946 and taken by bus to Polton House.

The committee made an arrangement with the dairy farm next door to train the children. The situation in Polton House, however, was unsatisfactory. Some of the children were unhappy in the remote rural community and although many of them wanted to go Palestine, they wanted to go with qualifications and training, not just knowing how to milk a cow.

The Boys attended a local school but had great difficulty understanding the Scottish accent so after a few weeks they were taught at Polton House.

The Scottish Jewish Archives Centre in Glasgow (www.sjac.org.uk) has a large collection of material about Jewish refugees in Scotland before, during and after the Second World War.

The principal was Mr Zulawel.

Marcus, one of the Jewish refugee children from Germany cared for at Polton House during the war, returned to care for the children. He was killed in 1948 in the Israeli War of Independence.