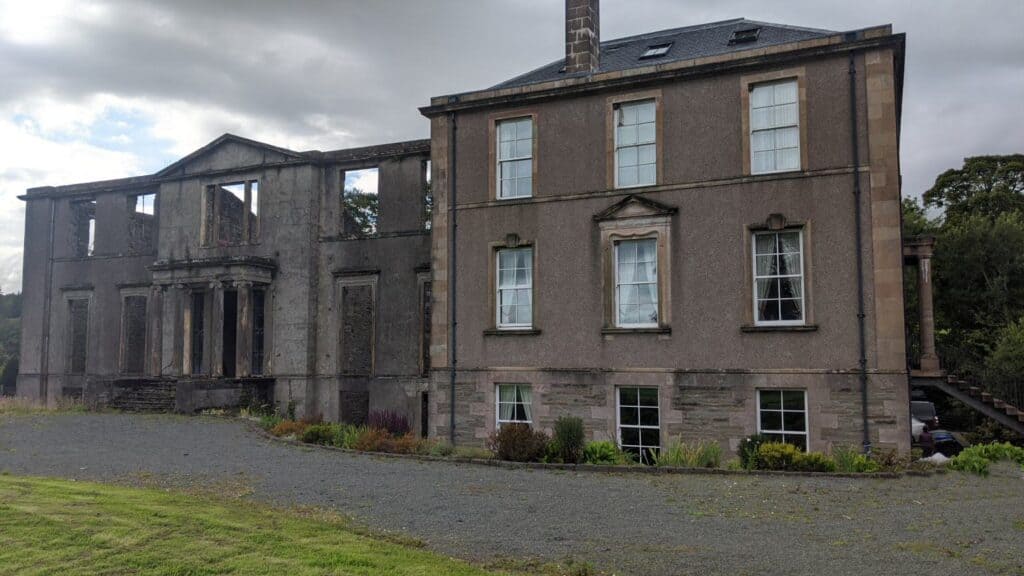 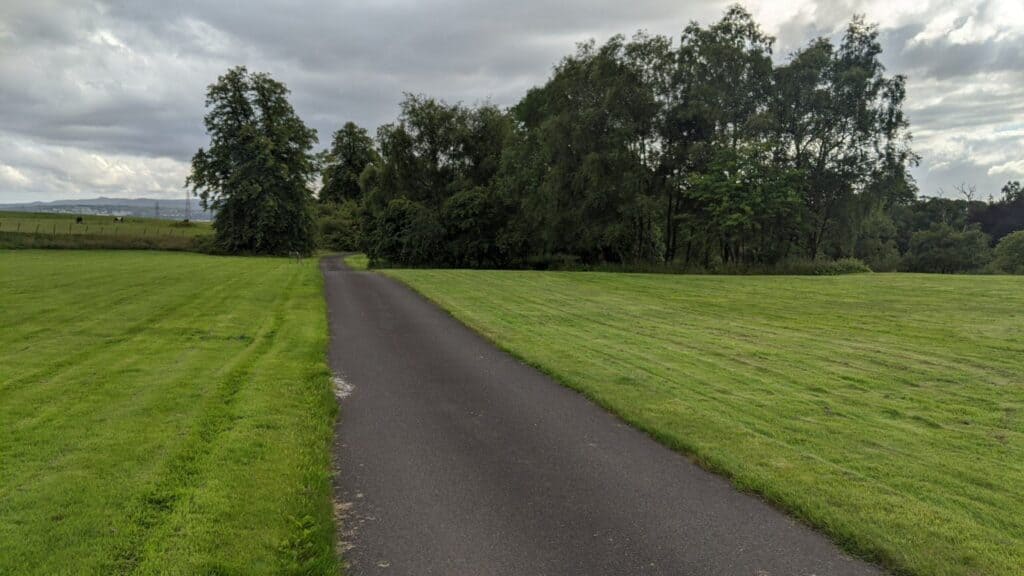 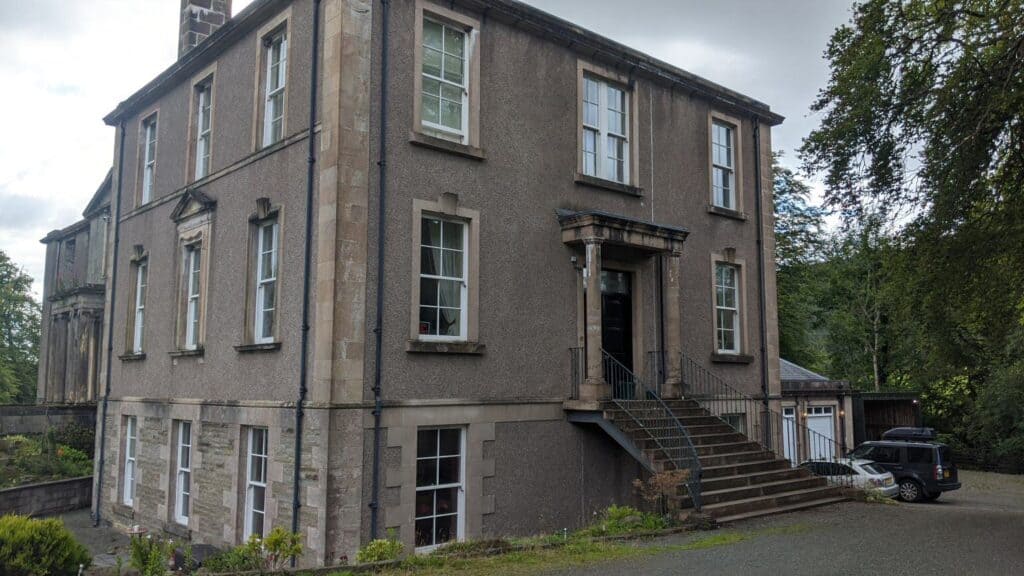 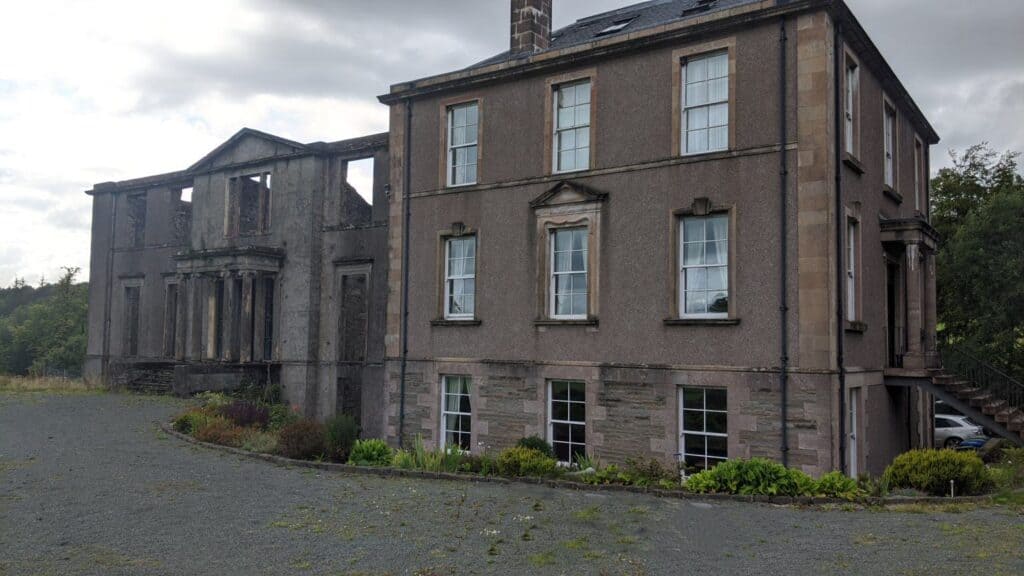 The hostel was in Cardross in Dumbartonshire, western Scotland, 30 miles from Glasgow. The hostel opened in autumn 1945 and was home to 27 boys of Polish, Hungarian and Romanian origin. Nothing is known about the Boys amongst the locals in Cardross today.

Cardross hostel was in Darleith House, a large country mansion with a tennis court. Harry Olmer says in Martin Gilbert's The Boys: ‘it was a most delightful place...The house was a beautiful manor in its own grounds, with...a view of the Clyde Estuary...Life was very pleasant in the hostel. The bedrooms were large...four boys to a room”.

After being used as a seminary until the mid-1960s the house was then empty and classified as a building "at risk'. It was severely damaged in a fire and has been partly restored, but some parts of the house remain derelict.

The children were sent here for recuperation and rest from the Windermere reception centre. It was not intended to keep them in Darleith House for longer than a year.

The Committee for the Care of the Concentration Camp Children regarded the Cardross hostel as exemplary but expensive.

In The Boys, Mayer Kochen describes Cardross as ‘an ideal place to continue our recuperation’, while Krulik Wilder remembers the hostel as ‘lively and exciting’, full of boys from various nationalities including Poland, Hungary and Romania.

The emphasis was on learning English and establishing the Boys’ state of health. Teachers were recruited from the nearby town of Dumbarton to teach the boys a range of subjects. Kochen remarks that “we were very hungry to learn, and [the teachers] responded accordingly. They gave up a lot of their time to teach us...we were invited to their homes for Sunday tea.” The Glasgow Jewish Community also provided teachers in Hebrew and Jewish studies.

Harry Olmer recalls that the boys performed plays and were very happy there. Julie Mahrer, the cook, remarked: “It was a pleasure to feed them because they used to eat!”

The Boys stayed in Cardross for about a year. When the hostel closed, 25 boys were moved to Glasgow and those who wished to go to the United States were sent to the hostel in Burnley, Montford Hall.

The Cardross hostel was run by two Jewish women from Glasgow, Dora Woolfson and Elsie Heilbronn, who had previously set up the Garnethill Refugee Hostel in Glasgow.

Dela Bamberger was sent by Bachad to work there, as it was noted that a more religious madrich was needed.

Maureen Livingston taught English and went to Darleith once a week. She had been in the reception camp in Windermere, where she looked after the smallest children, before taking them to Bulldog’s Bank, where she spent a few months before returning home to Glasgow. Mr Smith also taught English.

Julie Mahrer, the cook, Austrian, came to England before the war.

A Miss Curtis and a Miss Belf were both laid off to cut costs in March 1946.