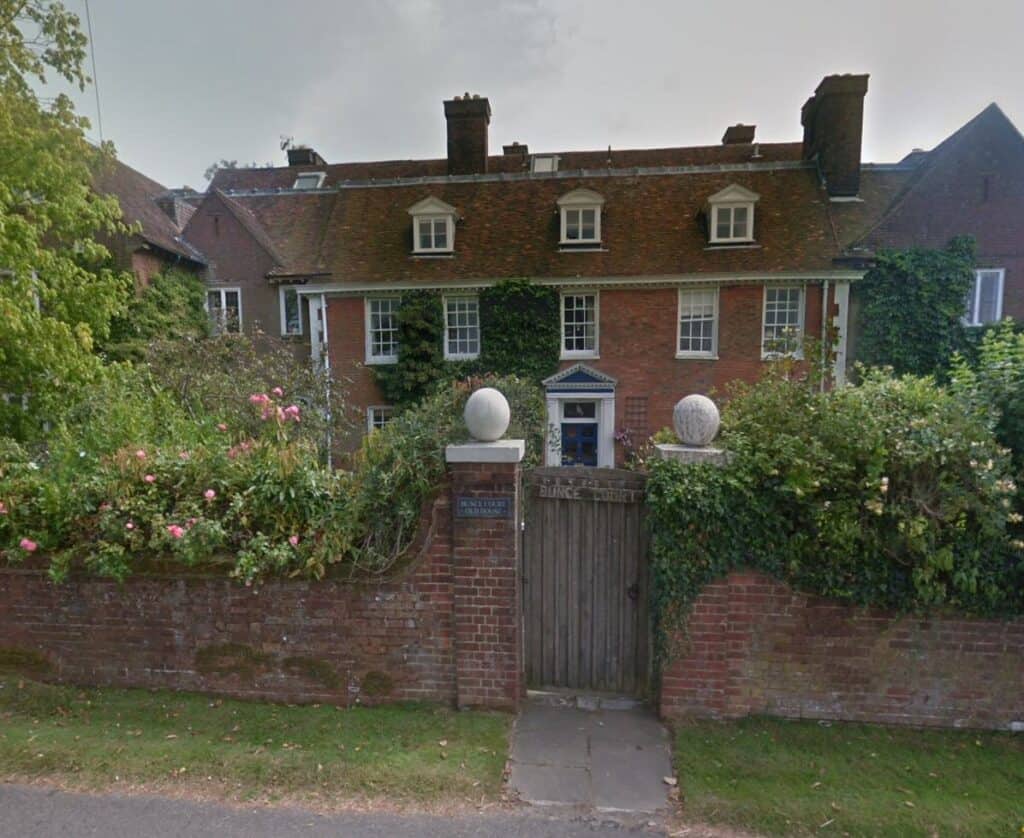 Bunce Court is situated in the village of Otterden, in Kent, south-west England.

The house is a historic mansion and Grade II listed building.

Bunce Court was part of a network of boarding schools oriented towards the German progressive educational reform tradition of Landerziehungsheime (literally "countryside educational homes"). Teachers and educators who were forced out of Germany after 1933 on political grounds or as a result of their Jewish ancestry founded more than 20 schools in exile across the world. In Britain alone, there were seven such schools, among them Butcombe Court and Stoatley Rough, where other members of the Boys boarded.

The exile schools differed from one another conceptually and organisationally in several respects but they all had one common task: to support the uprooted and confused refugee children as they developed a new and complex identity and came to terms with an alien environment.

Anna Essinger opened the school in 1926 in southern Germany, where she grew up. She came from a well-established, non-practising Jewish family. Essinger was influenced by Montessori and Quaker ideas and her school used methods that were child-centred and far removed from the rigid style of the day.

When the Nazi party began to gather strength, it became evident that the school could not survive. So in 1933, more than 65 children and staff went “on holiday”, audaciously eluding the Nazis, to settle at Bunce Court in Kent.

The curriculum at Bunce Court provided a rich mix of practical and academic studies, music, handicrafts and the arts with numerous leisure activities. There were no funds for domestic help or upkeep so every child had chores to do in the house and grounds.

Initially, Essinger had hoped that the children's parents would be allowed to follow them but the move was not supported by the British government. Essinger also took in a large number of children from the Kindertransports. She also took on additional staff, who were restricted by British wartime regulations from professional posts.

There were ten child holocaust survivors in the school. Erwin Bruncel, later Emeritus Professor of Organic Chemistry at Queen's University in Canada, said he left Bunce Court “...with curiosity and a love of learning that has stayed with me ever since”.

Essinger closed the school in 1948 but stayed on in the house until her death in the 1960s. After her death, the house became an old people's home and then a private residence. A number of houses were built in the grounds in the 1990s.