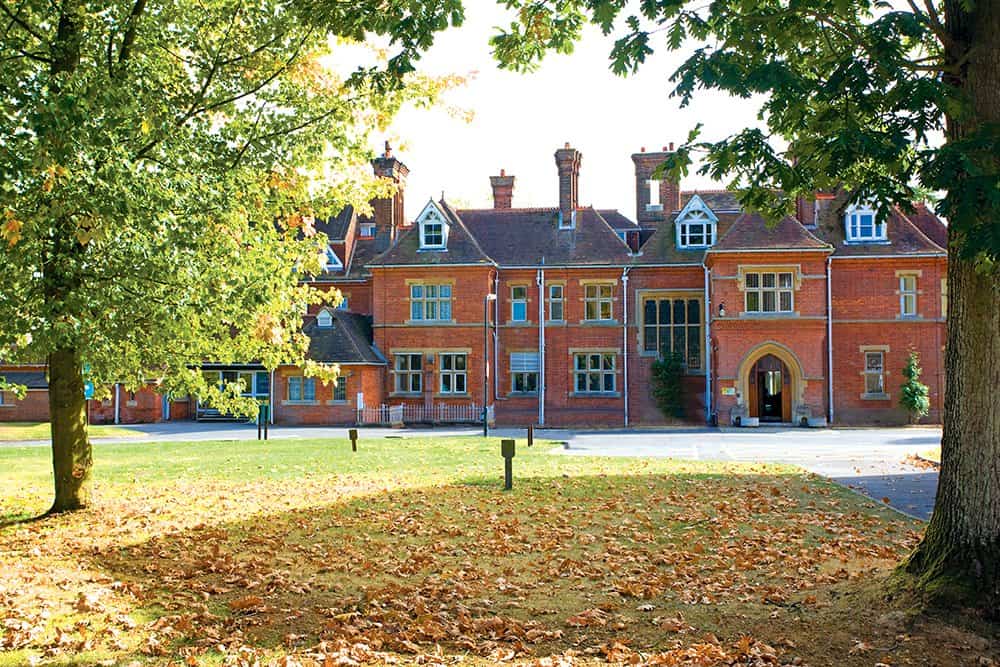 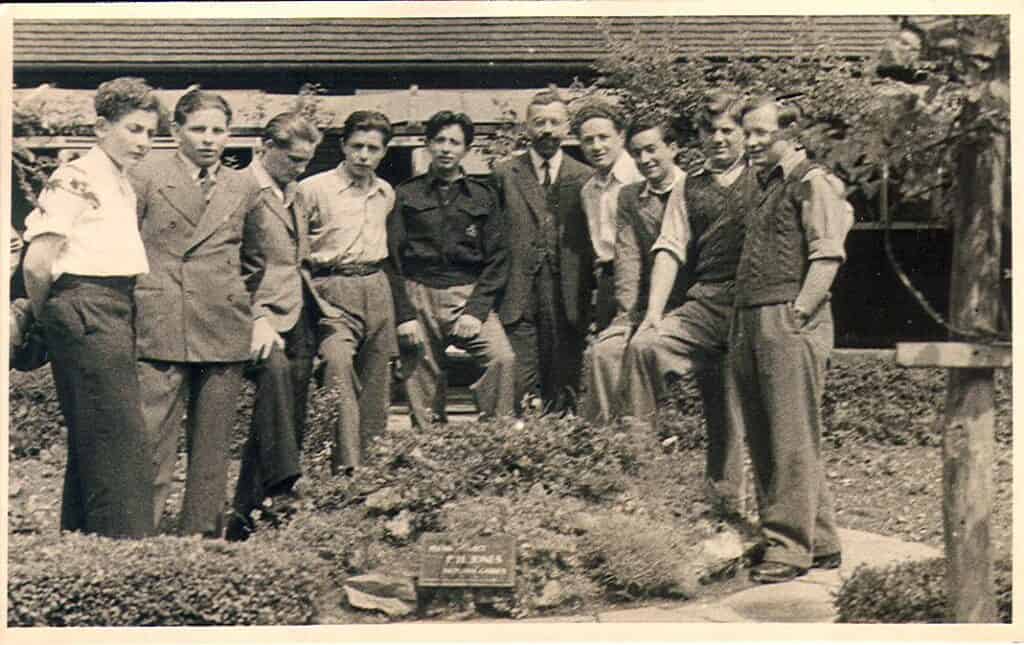 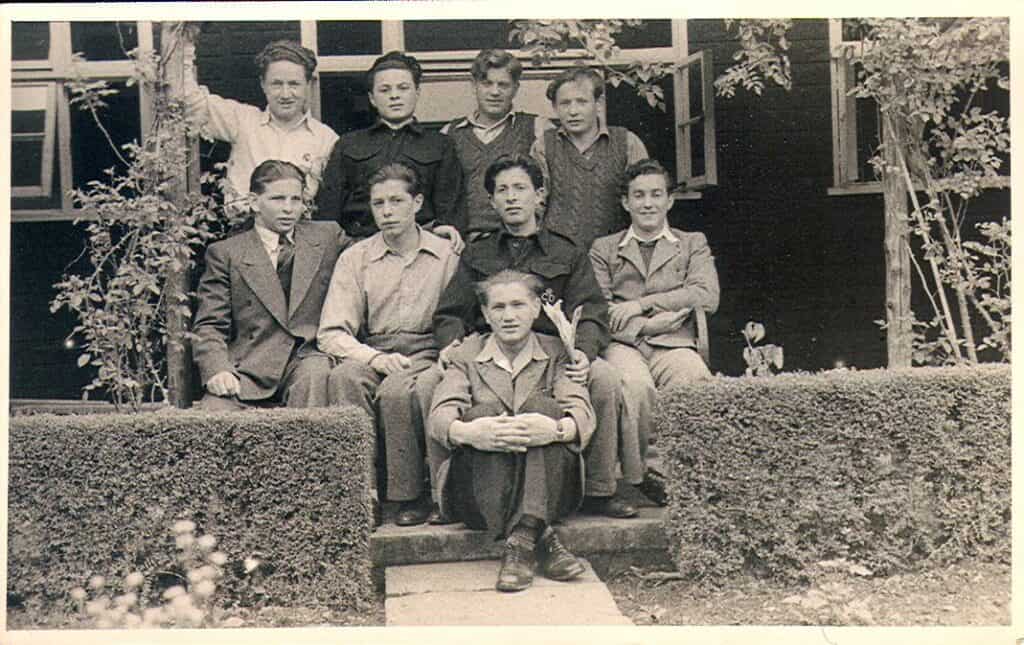 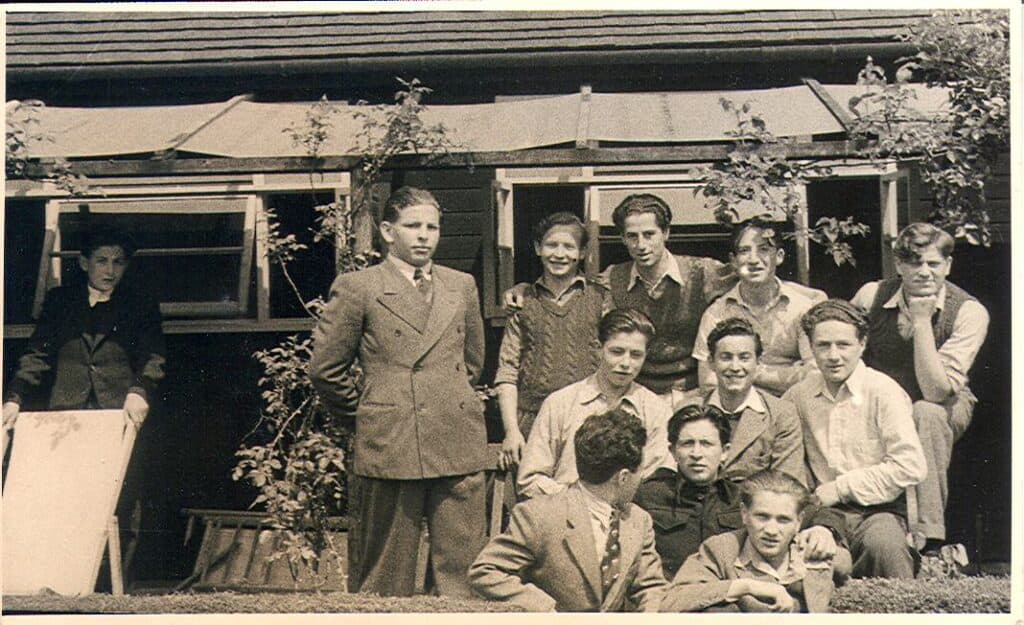 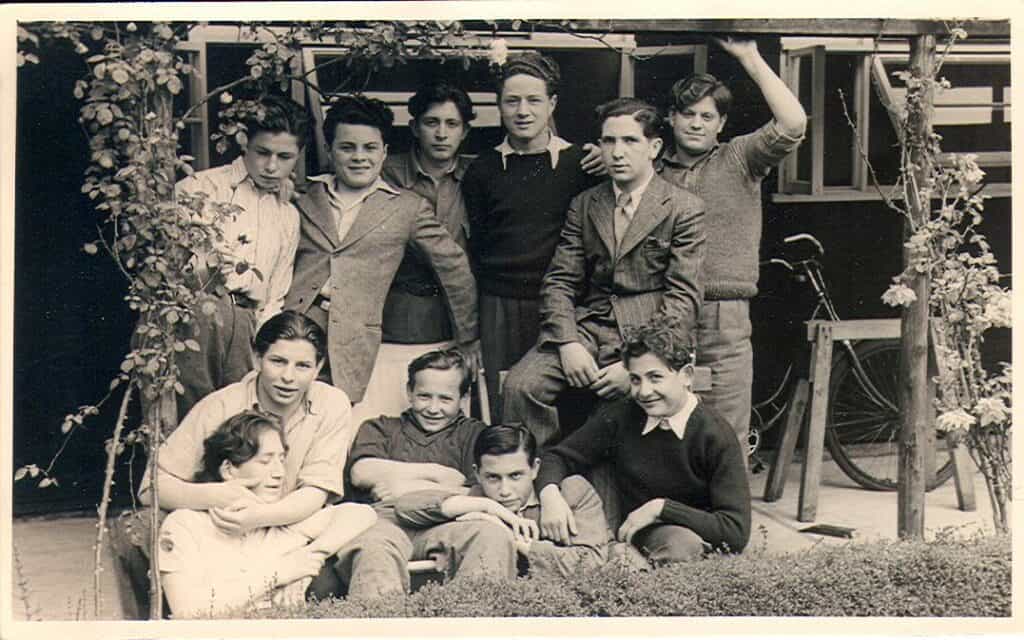 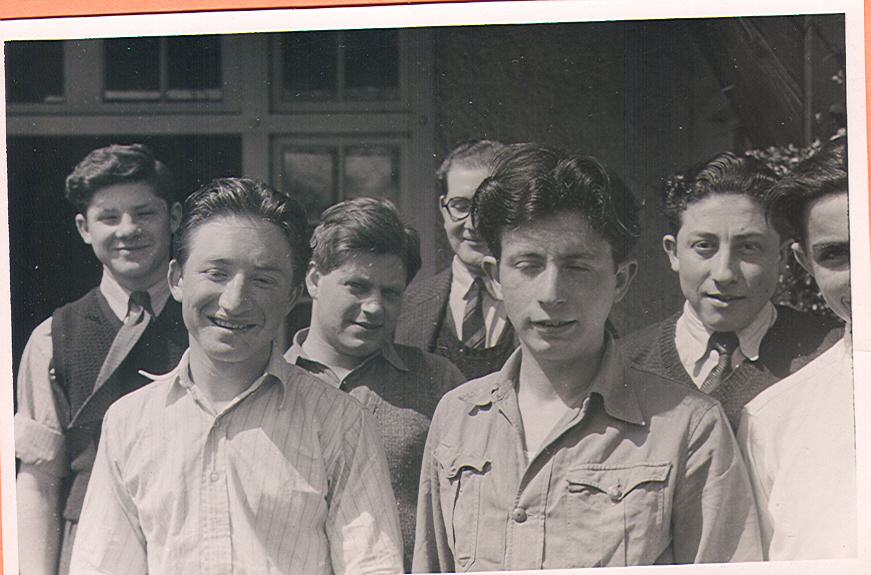 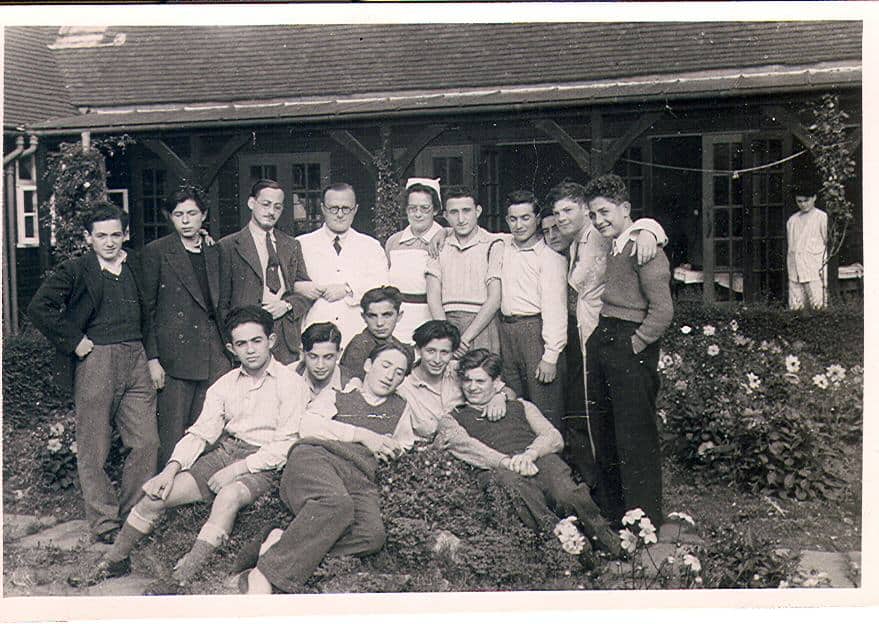 Ashford Sanatorium was located in Ashford, a town in Kent, south-east England.

The building was called Grosvenor Hall, originally known as Bockhanger Hall. It was built as a private home. In 1913 it was brought by Percy H. Jones who converted it into a tuberculosis sanatorium, used to care for soldiers who were sick with TB during the First World War. Advances in antibiotics following the Second World War gradually made tuberculosis sanatoriums obsolete.

Grosvenor Hall closed in 1955. It was then used at a cadet training centre by the Metropolitan Police. Eventually it was demolished and the site is currently the Kingswood Learning and Leisure Centre.

Within weeks of the children arriving in Windermere it was clear that 40 of them had tuberculosis and needed to be cared for in isolation. A leading member of the Committee for the Care of the Concentration Camp Children, Lola Hahn-Warburg, arranged for the use of an empty ward at the Grosvenor Sanatorium, which was run directly by the CBF.

Michael Perlmutter recalled the sanatorium as large sprawling and that the Boys were placed in a small building adjacent to the main one. Each had a room of their own.

Michael Novice said that the treatment was “bed rest, good food and little else. Those of us who were allowed out of bed were able to play ping-pong, or cards, or learn English from the resident teacher Mr Engelhart (I believe), or go for walks.”

As the Boys recovered, they were taken on outings, which included trips to Dover and Folkestone.

In the autumn of 1946, the ward was closed and those still in need of care were transferred to the Quare Mead hostel. Papers related to the hostel are embargoed until 2050.

Click to view
Sister Maria, the matron. Born in Berlin in 1903. She later married the father of one of the Boys and went to the USA.

Dr Pine was part of the regular staff.