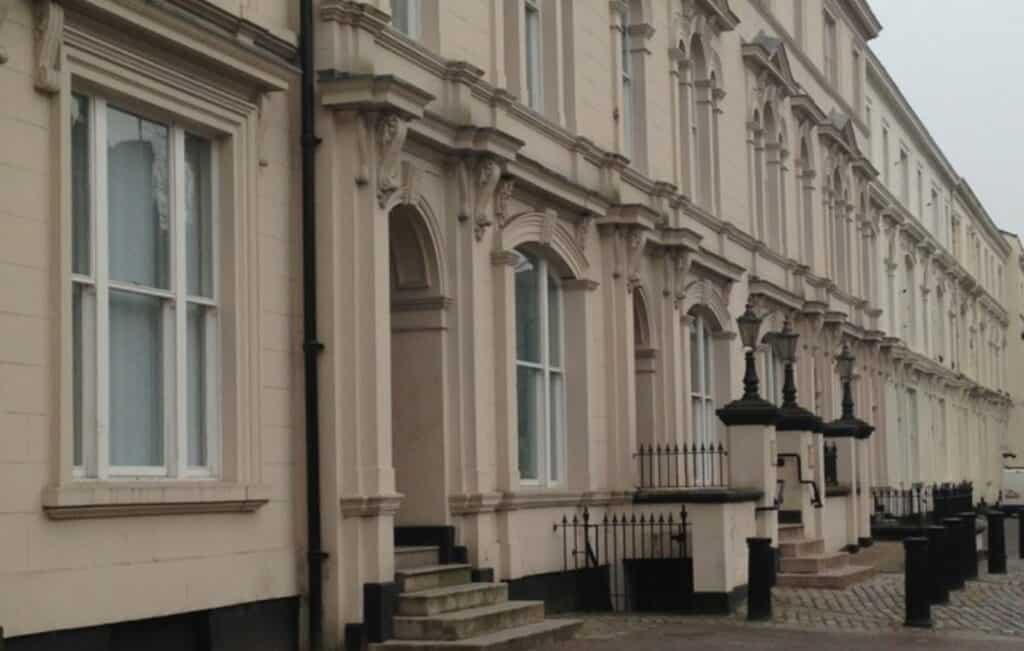 The hostel was located in the port city of Liverpool, in the north west of England.

It was on Princes Road, opposite the famous Princes Road synagogue, home to Liverpool’s Old Hebrew Congregation.

The hostel was run by the religious Zionist movement Bachad, who owned the building and put it at the disposal of the Liverpool Jewish Refugees Committee, run by Mrs B A Cowan, Mr B Webb and Rabbi Isser Yehuda Unterman.

The building is now student accommodation.

On 9 November 1945, 19 of the Boys arrived in Liverpool from the Windermere reception centre. The children were met at the station by the Chairman of the Bachad and Chairman of the Welfare sub-Committee Mrs Cowan, where they were taken to the house in private cars. On Shabbat, an official welcome was held and Rabbi Unterman addressed them.

Arek Hersh, one of the Boys who was in Liverpool, recalls that the hostel was “Zionist and we were taught about Palestine.” On Saturdays, they were given lectures by Rabbi Unterman, who later became Chief Rabbi of Israel. Hersh asked him, “If there is a God, how could he allow children and Rabbis to be taken to the camps? How could he allow this to happen? He couldn't give an answer. He said nobody could give an answer.”

The emphasis in the hostel was on teaching English and Maths. There were classes in Jewish studies, sports and walks. The Bachad records show that stress was placed on discussing the Boys’ future with them. They recorded that ‘All of them intend to go to Palestine’. In preparation, the children spent time at the St Asaph training farm in Wales, and at Thaxted, a kibbutz-style farm, where they would spend half the day working on the farm and the other half studying.

Hersh says, “We were happy in Liverpool. We went to concerts. Philanthropists bought us all the same hats and suits. We went to Liverpool Philharmonic Orchestra. It was The New World Symphony by Dvorjak - it was lovely.” They even received a visit from Amos Ben Gurion, son of David Ben Gurion, the first Prime Minister of Israel.

The Boys lived at the Liverpool hostel for about eight months before being brought to Manchester, where they were merged with the Boys at the Singleton Road hostel.

Walter and Sarah Hirschberg, from Cologne, were the wardens. Rabbi Isser Yehuda Unterman, later Chief Rabbi of Israel from 1964-72, taught the Boys at the hostel.

Israel Cohen and Regine Saalkind accompanied the Boys from Windermere.

Cilli Esthezorn, who later moved to Manchester with the boys