Radom is in south central Poland in an area which was the heart of the armaments industry under the Russian empire and after the First World War in the new Polish state.

Seven of the Boys who were born in Radom survived the war and it is believed that they all worked as slave labourers in German factories, which were integrated into the German economy and played a major role in the Nazi war effort.

It is likely that other members of the Boys spent time in Radom as slave labourers.

Jews settled in the city in the 16th century but the community only began to flourish in the late 19th century. Jews worked mostly in the tanning and metal business.

The community was involved in local politics and embraced a wide variety of different allegiances from the religious Agudat Israel, Zionist organisations and the secular socialist Bund.

There was a lively Jewish cultural environment in the city with a theatre, literary society and over twenty educational institutions.

Ethnic relations were largely nonviolent prior to the German invasion of Poland but right wing Polish organisations organised boycotts of Jewish business.

The German army arrived in Radom on 8 September 1939 and the city and environs became part of Generalgouvernement.

With forced resettlements, the city’s Jewish population increased dramatically, reaching about 33,000 by 1942.

In April 1941, the Germans established two ghettos in Radom. Despite the extreme hardship and persecution, the Jews organized a network of self-help organizations and a civilian resistance movement that included clandestine schools and a theatre.

The Germans quickly rebuilt the Polish armaments factory that had been damaged in the attack and Jews were forced to work in the factory, among them Berek Wurzel and his sister Bluma Wurzel. Their father, a wealthy businessman used diamonds to secure their employment hoping that by becoming skilled labourers their survival might be insured.

In the summer of 1942, the Germans liquidated the ghetto. Most of Radom’s Jews, approximately 32,000 people, were murdered at the Treblinka extermination camp. Those who were working as slave labourers were not deported. There are only 67 known survivors of Treblinka where there was no selection made on arrival and prisoners were sent directly to the gas chamber.

About 3,000 remained in Radom as slave labourers. In the summer of 1944, the surviving Jews were deported to the Auschwitz-Birkenau concentration and extermination camp. Deportation to Auschwitz did not immediately condemn a prisoner to death, as a selection was made on arrival and offered a chance to be chosen for slave labour. The majority of those selected were between 15 and 30 years old.

After the war those Jews who returned to Radom met at the Europejski Hotel. In the summer they numbered 1,198 and had formed a Jewish committee, set up a shelter and a prayer house.

Those survivors who returned to Radom, however, found themselves not welcome and Polish historians have recorded the murder of at least one of those who returned from camps.

Radom is not far from Kielce, a city that witnessed a pogrom in July 1946 in which 42 Jewish survivors were brutally murdered and 80 seriously wounded. It prompted a mass exodus of Jews from Poland.

The surviving Jews of Radom followed and in 1947 only 99 Jews remained in the city. By 1948 that number had shrunk to 30. Nearly all of them left but only after they had erected a monument to the ghetto on the site of the former synagogue.

Until the 1960s, a few Jews remained in the city, hiding their Jewish identity, but there are no Jews known to live in Radom today.

Radom has a pretty pedestrianized main street but is well off the tourist trail.

In 2017, the local council funded the publication in Polish of a Jewish memorial book, The Book of Radom. A small exhibition about the city’s Jewish past accompanied the book launch and a concert was held to commemorate the destruction of the ghetto.

The Jewish cemetery has been restored and can be visited on appointment.

Poles know surprisingly little about the country’s Jewish history but many young people are keen to discover and commemorate Poland’s lost Jewish communities. 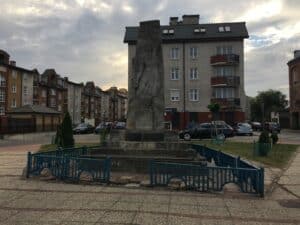 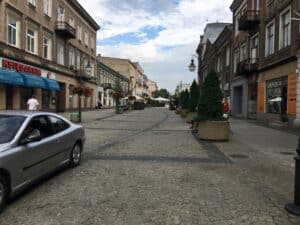 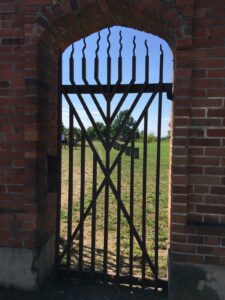 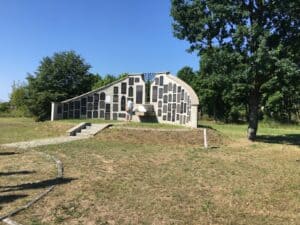 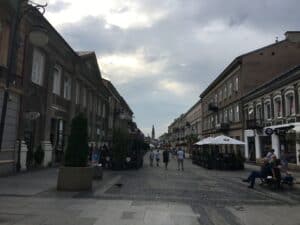