Alice Goldberger was born in Berlin in 1897. As she was Jewish, when Hitler came to power in 1933, Goldberger was forced to give up her role running a centre for underprivileged children and she fled to Britain in 1939. Goldberger’s family perished in the Holocaust. 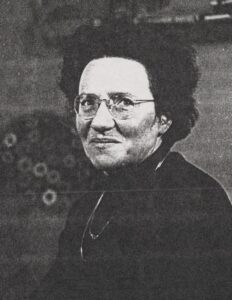 When the Second World War broke out, she was interned as an ‘enemy alien’ on the Isle of Man. There she set up a kindergarten. Her work caught the attention of the child psychologist Anna Freud. Freud arranged for her release and then employed her as the matron of one of the Hampstead War Nurseries located in Chelmsford, Essex. The home looked after children who had been evacuated from London because of the Blitz.

Goldberger worked alongside Oscar Friedmann caring for the youngest members of the Boys. She was appointed as the matron of the Weir Courtney hostel in Surrey. Some of the children had spent the war in hiding, the rest had been in concentration camps including Auschwitz and Theresienstadt. Several of the children had survived because they had been subjected to Dr Mengele’s medical experiments.

Goldberger told the magazine John Bull in 1948, that “On the night the first children arrived in 1945 they were full of hostility, fear and distrust when they caught sight of food they rushed to it, snatching bits from each other's plates and stuffing their pockets with uneaten pieces. These they later hid under their pillows fearing that they would get no more. When the staff tried to undress them for bed, pandemonium broke out. They had decided that this fairyland was a trick; as soon as the lights were turned out the SS men would come and kill them in their beds. Some of the children were difficult to understand because they spoke a mixture of several languages picked up in the various camps through which they passed.”

Goldberger became a surrogate mother figure to the children in her charge and is regarded by many of their own children as their grandmother. While she was caring for the children at Weir Courtney, Goldberger was naturalised as a British citizen in 1947.

She later cared for a small group of the children at Lingfield House in West London. That hostel closed in 1957. Goldberger then became a child therapist in the Hampstead Child Therapy Clinic.

In October 1978, she was the guest of honour on Thames Television’s This Is Your Life, where she was reunited with some of the children she had helped. 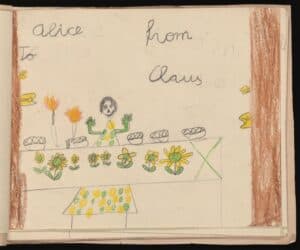 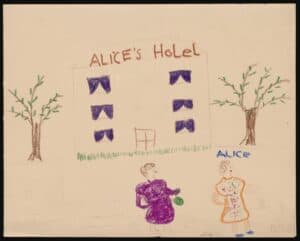 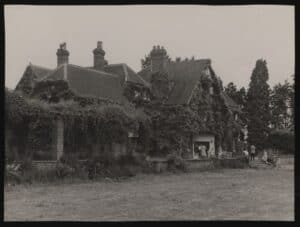