Rachiv is also known as Raho in Hungarian and Rakhov in Romanian.

Rachov was in the most easterly part of Czechoslovakia in the inter-war period. Today, it is part of western Ukraine and is located close to the Romanian border.

Until the end of World War I, Rachov belonged to the Austro-Hungarian empire. During the period between the two World Wars it was part of Czechoslovakia. In the course of World War II it was occupied by Hungary. At the end of the war it became part of the Ukrainian republic of U.S.S.R.

Jindrich Abish was one of the eight members of the Boys who were born in Rachov. He remembered in an oral testimony given at London’s Imperial War Museum that the town was a ‘lively’ place and tourist centre.

Jews settled in Rachov in the 1860s but had lived for far longer in the surrounding villages.

As in many towns and cities in the Carpathians Jews predominated in Rachov’s commercial life. The town’s three sawmills also belonged to the wider Abish family and three flour mills belonged to Jewish families as did the electric power plant, which belonged to Jindrich Abish’s aunt and her husband.

The town had a multi-ethnic population made up of Ruthenians, Hungarians, Schwarbs and Jews. Abisch recalls a well-integrated community and that everyone spoke each other’s language.

Jews were active in local politics and the town had Jewish doctors, lawyers and dentists. In the interwar period both Zionist and religious political parties, primarily Agudat Israel, were active in the town and a number of Rachov’s Jews emigrated to Palestine but many who hoped to do so were prevented by the introduction of the British 1939 White Paper that restricted Jewish immigration into the Palestine Mandate, which was then part of the British Empire.

Following the Hungarian occupation in March 1939, the town became known as Raho. Some of the town’s Jews fled into the Soviet Union. Some were the first to join the Czechoslovak brigade that fought against the Nazis on the eastern front in 1941 but others were arrested and shot as spies.

Under the 1938 Munich Agreement, Ruthenians were given autonomy in part of Carpatho-Rus, including Rachov. The Ruthenian authorities were pro-German and antisemitism increased.

In March 1939, the Hungarians occupied the region and imposed laws restricting Jewish access to education, trade, and the professions.

Many Jewish men were drafted into slave labour battalions sending them east for forced labour on the eastern front. Jews who could not prove that they had Hungarian citizenship were deported to Poland and many were murdered there by the SS.

In March 1944, the Germans invaded Hungary and installed a puppet government. That government participated in the Holocaust.

The day after Passover, 16 April 1944, the Germans and Hungarian police began a general roundup of all Racho's Jews. The Jews were held in the school opposite the town council building while it took eight days to complete the roundup.

Abisch said that many Ruthenian families offered to hide Jewish children but the vast majority of the parents, unaware of what awaited them, refused.

On the ninth day they were all taken to the train station and sent to the ghetto, more akin to a camp, in Mateszalka, almost 200km away in modern day Hungary. This was the first transport to arrive in Mateszalka.

The Jews of Racho spent a month here with 17,000 other Jewish people. They were then deported to the Auschwitz-Birkenau concentration and extermination camp in occupied Poland.

Prisoners on the ramp warned new arrivals to say they were healthy, and teenagers were told to say they were older than they were. These inmates spoke Yiddish which increased the chance of the Boys survival. Many arrivals from Greece, France, Italy and Holland did not understand the warnings.

Abisch heard hours of gun fire after the selection in Birkenau and he believed that many of the Jews fought back.

It is estimated that about 1,200 of Rachov's Jews died at Auschwitz or in other concentration camps.

Although Auschwitz is the symbol of the Holocaust and the genocide carried out against the Jews, it was significantly different from the other extermination camps as it was not just a place where Jews were deported to and murdered.

When the trains arrived in Birkenau a selection was made on the ramp. It offered healthy young men and women a chance of survival as they were often selected for slave labour. The eight members of the Boys from Rachov, who survived Auschwitz, were taken to work as slave labourers. The fact that they arrived six months before the camp was liberated increased their chance of survival.

Rachov was liberated by the Red Army in the autumn of 1944. As the Nazi concentration camps were liberated in 1945, a handful of survivors returned to Rachov. Most of the survivors found that their home’s occupied by strangers.

The Carpathians were annexed to the Soviet Union in 1945 and the town was renamed Rakhiv. Most of Rakhiv’s Jews were either very religious and or Zionists. It was not possible to practice religious observance under Stalinism and Zionist politics could lead to arrest. As a result, most survivors chose to leave the Carpathians.

A few Jews remained in Rakhiv, but the overwhelming majority left for Israel in the 1970s.

The town has a population of around 15,000 and little to no Jews live there today. 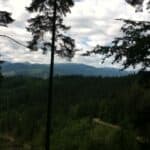 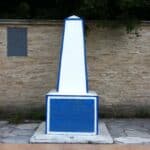 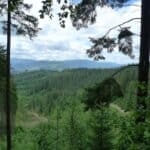 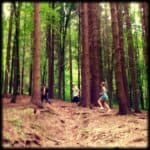 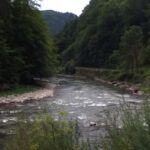 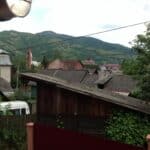