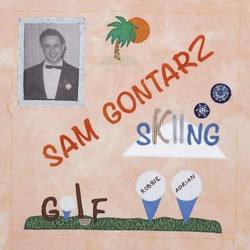 I, Szmul (Sam) Gontarz, was born in Lodz, Poland on 6th July 1929. My parents were Ruchela and Avraham Gontarz. I had a brother Srulek and a sister Sala. I lived in the ghetto with my family from 1940 to 1944, however in 1942 my father died of typhus. We were then deported to Birkenau where my mother and sister were taken straight away. I was split up from brother and sent to Auschwitz in July 1944 on my own. I never saw my brother again. I was sent to Mauthausen and Melk and was finally liberated by the Americans on the 8th May 1945.I spent 2 years in DP camps in Germany during which time I discovered that my sister had survived Bergen Belsen and we were reunited in early 1946. But our happiness did not last long as she was killed in a bus accident going from Feldafing DP camp to Munich in October 1946 and so I was alone again.

I was finally brought to England in July 1947 with the last transport of Boys and I came straight to Manchester where my first job was working at Jacobs the bakers. I went from one job to another and I ended up in a bag factory manufacturing handbags which I enjoyed and eventually started up on my own trading in the handbag industry and my business prospered until 15 years ago when I retired.

I married Sheila in 1958 and we had two lovely boys, Adrian in 1965 and Robbie in 1971. The square shows a picture of me in 1958 as a young groom. The palm trees remind me of Barbados, one of my favourite places, and skiing and golf which are my two favourite sports. I have played golf for many years and I used to love skiing in Switzerland, France, Austria and Italy.

I am very pleased to be part of this wonderful Memory Quilt.