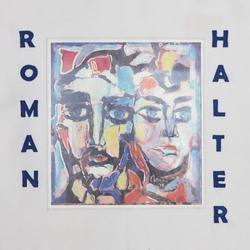 Roman Halter was born in 1927 in the little town of Chodecz, Poland, the youngest of seven children. When the Second World War broke out he was 12. From 1940 until the spring of 1945 he was in the Lodz ghetto, Auschwitz-Birkenau and Stutthof concentration camps and then was in a slave labour in a factory in Dresden. Early in 1945 he escaped a death march and was hidden by a German couple on the outskirts of Dresden till the Liberation.

Along with other young survivors, “The Boys,” he was brought to England in 1945. Roman went on to study architecture and always painted incredible pictures. This painting for the quilt was from his memory of his grandparents and shows the haunting eyes amidst the beautiful vibrant colours that the Impressionists loved to use.