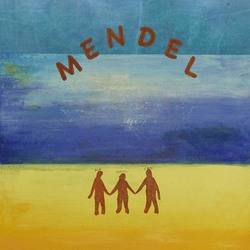 I was born on October 7th 1927 in a small village called Czermnika near Lublin in Poland. Towards the end of 1942 when I was 15 years old I was taken to work in a distillery not far from where I lived which was run by the SS. All my family were taken away to Treblinka except my father and one of my brothers who also joined me at the distillery. We produced alcohol which fuelled the rockets for the German war effort. In May 1943, after the Warsaw uprising, we were taken to Majdanek and then, together with my father to Skarżysko-Kamienna which was an ammunition factory. I worked at producing anti-aircraft shells. After a year, in 1944, as the Russians were approaching we were sent to Częstochowa where I stayed for 6 months. I was finally sent to Buchenwald in January 1945 and then taken by train for 4 weeks, from April to May, to Thereisenstadt where I was liberated on the very same day I arrived.

I was brought to England with the first group of Boys in August 1945 (the day the Japanese surrendered) and taken to Windermere but I was immediately sent to hospital because I had TB of the spine and chest. I spent four months in the hospital in Windermere and was then sent to another hospital in Ashford for three months. I spent four years lying flat on my back on a frame recovering from TB in a hospital in Alton, Hampshire. When I finally recovered in 1951 I went to Quare Mead, a convalescent home for the Boys, where I stayed for 4 months until its closure.

I was still wearing a metal brace when I went to stay with my friend Mendy Teichman in London. I stayed in the same house as him as a lodger until he got married and moved out. One of the Boys, Haskel Schlomovich took a job in an accounting office, I didn’t know what it was but I thought if he can do it I can do it too so I applied to be a junior accountant. My first duty was to make tea, I learnt how to warm up the pot, how long to brew the tea. I made tea for all eleven people in the office and they all said it was the best cup of tea they had ever had and so they kept me in the office as long as I made tea. And that is how I became an accountant. I worked for the same firm from 1951 to 1964 when I went to America. I continued to be an accountant for the rest of my life. I moved to Miami with my wife and two kids where I still live and where I worked as an administrator/accountant in a nursing home for 28 years.

The square shows me and my two dear friends, Sam Dresner and Alf Huberman on the beach in Miami – one of my favourite places.