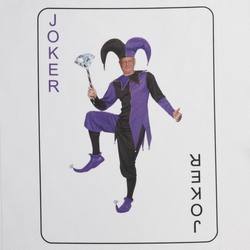 Martin Joseph Hoffman was born in Prague, Czechoslovakia on 15th November, 1929. His Father’s name was Herman and Mother’s, Toby. He had a younger brother and two sisters.
Martin went with his brother, when he was nearly nine years old, to the Carpathians to stay with his maternal grandparents. He spent many years there studying the bible and then went to Budapest. Whilst there he contracted typhoid fever in 1942. An American Jewish Charity paid for his hospitalization.

For several years he was in hiding with his brother, but in 1944 he was transported to Auschwitz with his brother and grandparents. He was told by a Sonderkommando to pretend he was 18 although he was not yet 14 years old. He then went to Bunomonowitz, Gross Rosen, Birkenau and then on the death march to Buchenwald. He was liberated by the American Army in 1945. The American Army adopted him as a mascot sergeant.From there he came to England on The Boys transport to Lake Windermere for rehabilitation. He was sent to a hostel in London near Manor House. During a holiday in Torquay he met a family who were diamond manufacturers who offered him a job as a trainee diamond cutter and polisher. This lasted for approx. 5 years.

Whilst living in West Finchley he began playing bridge. He loved the game so much that he became a bridge professional and has remained a professional bridge player to this day. Martin has always been known for his joke telling hence the joker representing cards.