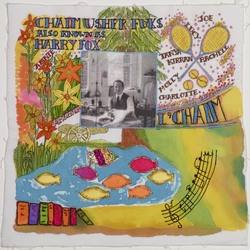 Chaim Usher Fuks also known as HARRY FOX. Harry was born on 15 July 1930 in Tuszyn, a small market town in Central Poland where his family had lived for over ten generations. In the night of 30 November 1939 all the Jews of Tuszyn were forced out of their homes and sent to the Piotrkov ghetto. Various Slave Labour Camps and Concentration Camps were to follow, including Buchenwald and Nordhausen. He was on a Death March, which lasted over three months. 45 out of about 3,000 marchers survived to enter Theresienstadt where they were liberated by the Russians three weeks later, on 8th May 1945.A few weeks after the end of the war, people from the Central Jewish Fund arrived in Theresienstadt looking for Holocaust survivors under the age of sixteen to come and live in Great Britain. They had planned to bring 1000 child survivors but they could only find 732. Harry came to England on 14th August 1945 together with his brother Harry who had also survived. They were flown here in a Lancaster bomber from Prague to Carlisle, and were looked after in Windermere. They were in the first batch of 307 orphans, who later, both boys and girls, became known as ‘The Boys.’ From there he made a new life in London where he worked as a fur cutter.
The photograph of Harry working, was taken when he was about 26 and had just set up in business on his own. The tree and lake full of fish recall the happy summer months spent with his family in the Forest of Tuszyn. Harry was fond of music, especially the Yiddish songs of childhood, opera, and Tschaikovsky. He loved singing and the Quilt piece is taken from the song ‘Because’. Arsenal’s name and canon is depicted as this was ‘his’ football team. Books were important to him and devoured chiefly as sources of knowledge. The words L’Chaim are there because he never ceased to CHOOSE LIFE. He never gave up and was always eager for new experiences.

Tennis was his passion and he played it many times a week. All around the tennis racquets are the names of his children and grandchildren. From Harry’s first marriage are Joe, Rachell, with her daughters Molly and Charlotte, Tanya, with her daughter Kirran, and from his second marriage, our daughter Lucy. My name is on the other side of the square, under the names of my beloved husband, the person I loved and will always love.
All of life was of interest to him and he loved flowers and gardens, delighting in the beautiful ones of the National Trust and others. The flowers are there for that reason, and for the reason of wanting to put on this most amazing Memorial Quilt to the family of ‘The Boys’, things of colour, things growing, things that point to those who survived the horror and who say to all future generation, the Nazis did not get us all, and we have LIVED.