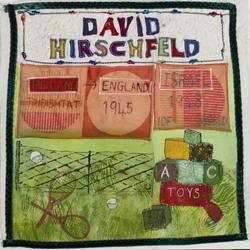 I was born in 20th August 1929 in Bruśnik, Poland and grew up in Gorlice.
In February 1941 I was taken together with my older brother Moniek from the Bobowa ghetto to Plaszow Concentration Camp. We were then sent to Skarzysko-Kamienna Concentration Camp in November 1943. In July 1944 we were transferred to Czestochowa and in January 1945 to Buchenwald. In February 1945 we were sent to Nordhausen and from there went every day to Dora to work making B1 and B2 rockets which were dropped on England. In April 1945 we walked the death march together to Theresienstadt where we were liberated by the Russians on 8th May 1945. Shortly after we were both flown to Windermere in England.In 1948 I went to Israel to fight in the War of Independence. I married my first wife Pnina with whom I had 2 boys. Sadly she died of cancer 30 years ago at the age of 54. I met my current wife Shoshana, also a Sabra, in 1990 and we were married in 2000. We have 5 grand-children and 3 great grand-children. We live in Givatayim which is a neighbourhood of Tel Aviv. I worked for Egged in the mechanical equipment building department until I retired. I now work as a volunteer for disabled people, making devices to help them.
My square shows my journey, my love of tennis (and ping pong!) and of making toys out of wood, metal and aluminium.