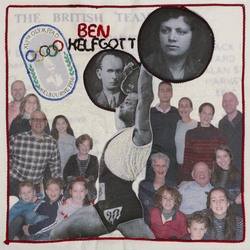 I have been absorbed with many charitable activities for many years but none of them have been more important to me than my involvement with the ’45 Aid Society. I am so very proud of all that The Boys have achieved.

The quilt honours my parents Moishe and Sara Helfgott and my younger sister Lusia, all of whom perished in the Holocaust. Included in the square are my parents, sister Mala, wife Arza, three sons Maurice, Michael and Nathan, their wives Danielle, Thea and Laura, and my grandchildren Sam, Alex, Nicky, Lucy, Amy, Jessica, Reuben, Oscar and Noah. Incredibly, despite all that my family suffered in the Holocaust, here in 2015 are three generations of the Helfgott family. To me this is “triumph over adversity”.

I was born on 22 Nov 1929 in Pabianice and grew up in the town of Piotrkow, Poland. Between the years of 1939 – 1942 I lived in the Piotrkow ghetto with my family. In 1942 I was working in the Hortensia Glass Factory in the Piotrkow ghetto and then in DitrichFischer (Bugaj). In Dec 1944 I was sent to Buchenwald Concentration Camp in Germany followed by Schlieben and Theresienstadt concentration camps. I was liberated from Theresienstadt by the Russian Army and brought to England in Aug 1945 where I started a new life in Windermere. I was lucky enough to attend Plaistow Grammar and pass A level exams before going to Southampton University in 1949.I had always been strong and was a very good gymnast as a young boy. In 1948 I discovered weightlifting by chance and by 1950 I was good enough to enter the Maccabiah games and I won a gold medal. I then went on to win the British Weightlifting Lightweight Championship and was British Champion from 1954 to 1960, going on to become Captain of the British Weightlifting team at the Olympic Games in Melbourne in 1956. In 1958 I was the Bronze weightlifting medallist at the Commonwealth Games in Cardiff. In 1960 I was Captain of the British Weightlifting team at the Olympic Games in Rome.

All my adult life I have spoken openly about the important lessons to be learned from what happened in the Holocaust. My purpose has been that all people should better understand and fight against the destructive forces of intolerance, discrimination and prejudice. In 1994 I received the Polish Knights Cross of the Order of Merit, in 2005 the Commanders Cross of the Order of Merit of the Republic of Poland. I was also honoured to receive the Honorary Fellowship of the University of Cumbria in 2014. In 2015 I received the Prime Minister’s Points of Light Award in recognition of outstanding individual volunteers and in January this year I was made Freeman of the City of London.