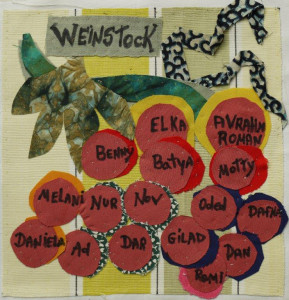 Avram or as he is known to all his friends – Romek was born on 5th October 1927 in the village of Okocim in Poland to Marcus and Betsha. He and his brother Zvi were sole survivors of the family of eight. After liberation, in April ’45, the two brothers arrived at a DP children’s centre at Kloster Indersdorf where their new life began. Later, they joined the group of orphans going to Northampton, England, better known as “The Boys”.

When the state of Israel was founded, Avram felt he needed to get to the Jewish state and make a free life in a new homeland. He arrived in 1949 to join the air force, based on his background of slave working for the German war industry. After he left the air force he joined a company, which, at the time, was new: EL AL Israel airlines and he stayed working there most of his working life. While working for the airliner, he travelled the world visiting all The Boys who had been his close friends.In 1954 Avram married Elka and had three children and later ten grandchildren and one great grandchild. He continued to work for EL AL while being relocated to different sites across the globe. One of the sites was the UK where he kept up close connections with good friends.

Avram passed away in his sleep at the age of 86.
Today, some of the children of The Boys, the second generation and even the third generation keep close ties.
The shape of the grapes in the quilt resembles two items. First it is from the name: Weinstock but mostly it is to show that even if the Germans, at the time, tried to destroy the Jewish nation, they were unsuccessful. The Weinstock family continues and flourishes.