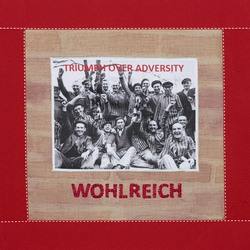 My mum and dad, Gertie and Alf Wohlreich, were both victims of the Nazi camps, and the slave labour regime. My mum was liberated to Sweden by the Swedish Red Cross, then went to London where she worked in her uncle’s East End Bakery. My dad was liberated by the Russians and came to England as one of “The Boys” by the British National Fund.

They met and married in London. My dad was in the “rag” trade and later had a successful market trader business with my mum. The way they survived and flourished in England is an example of the triumph of the human spirit against all odds, and that is their enduring legacy.

They passed away in 2014 but their legacy can never be forgotten.