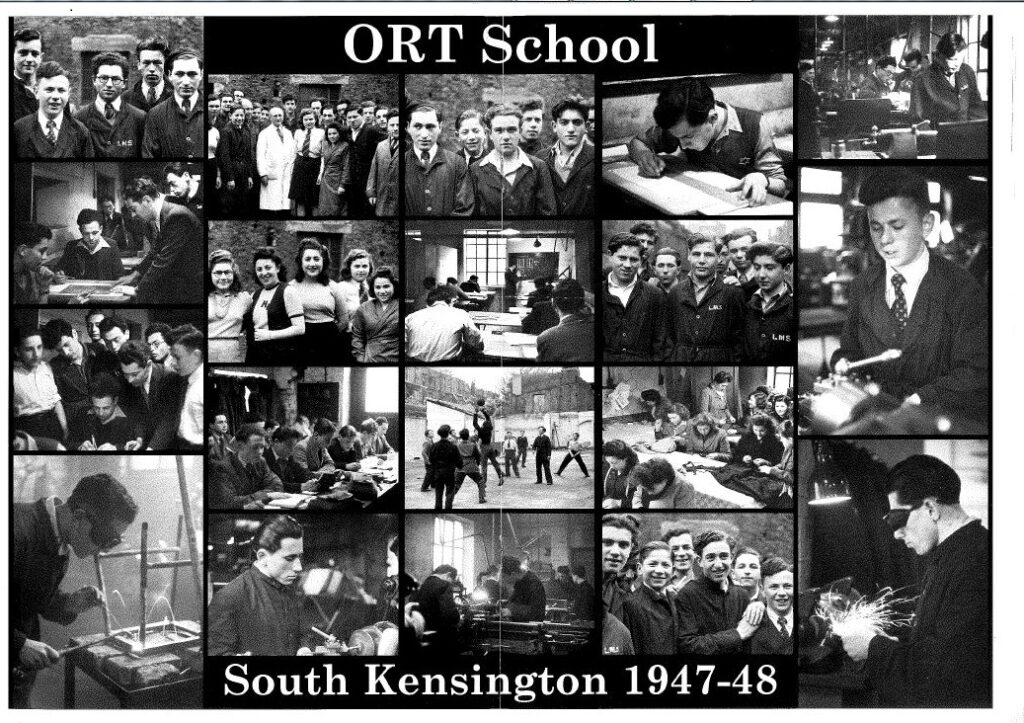 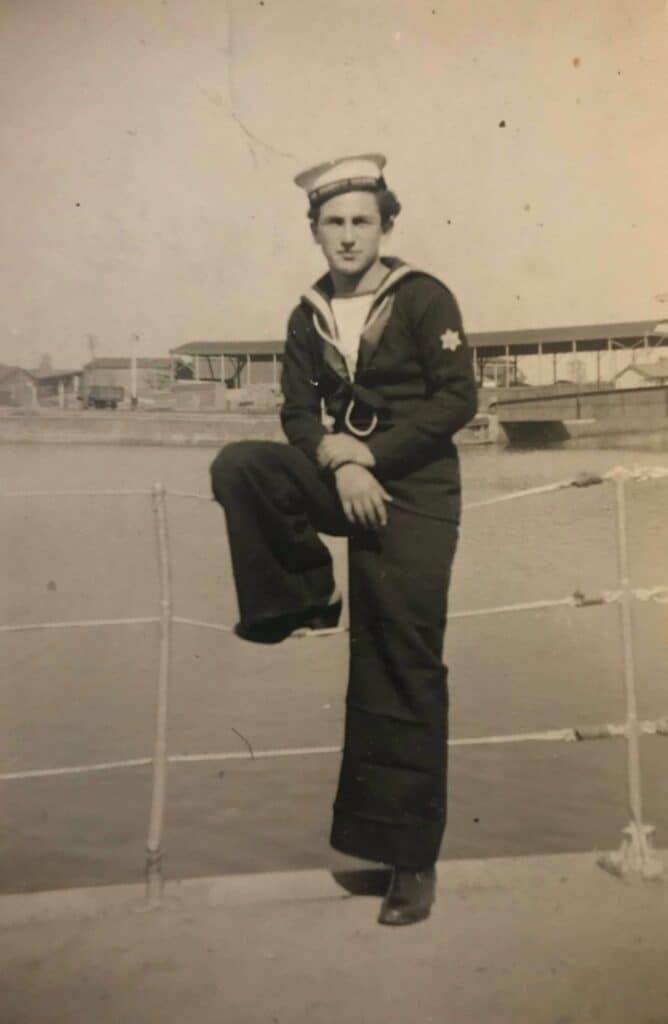 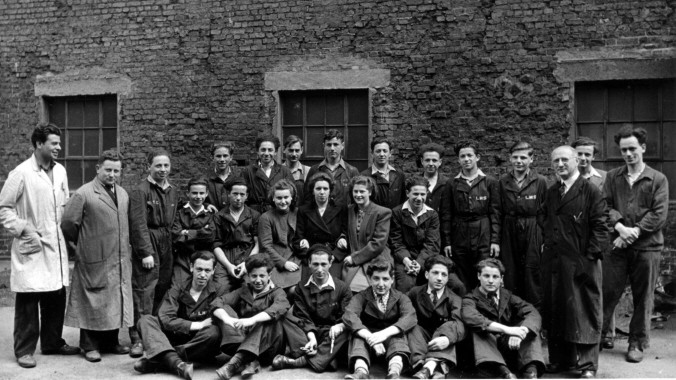 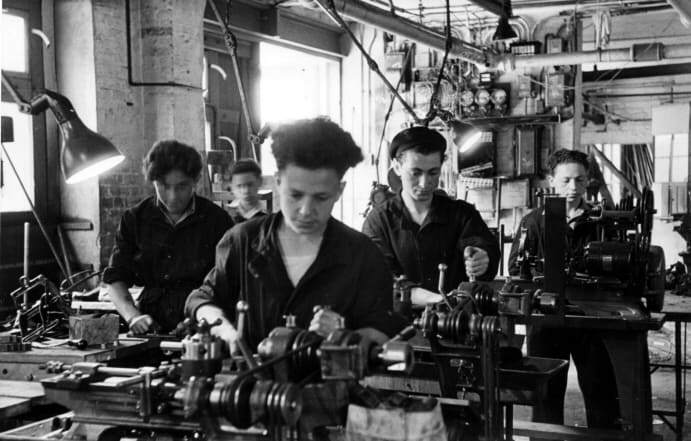 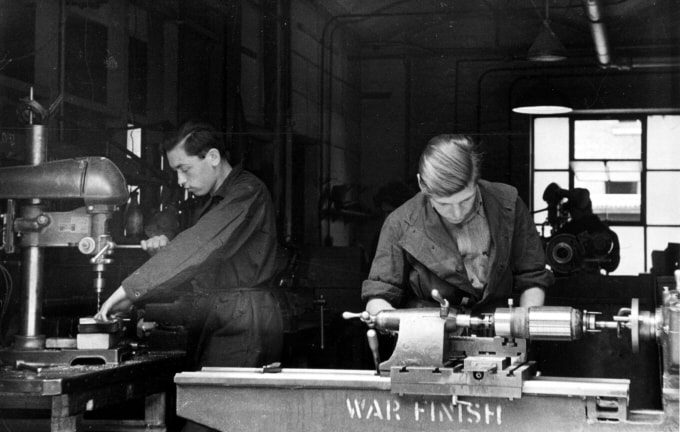 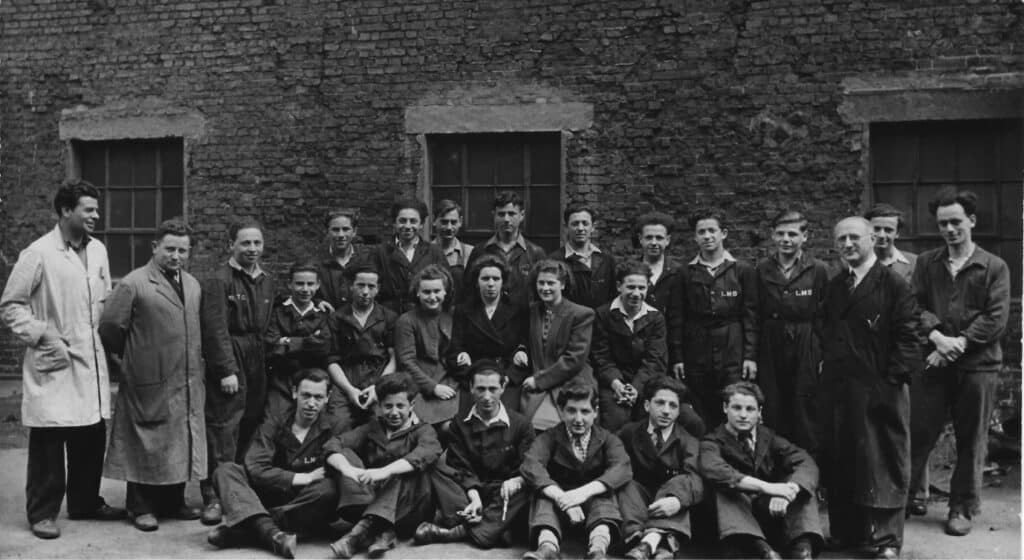 The London ORT School was opened in South Kensington, London, in July 1946. It also had a merchant marine training ship, the Joseph Hertz near London, in Grays, Essex.

ORT, from the Russian Óbchestvo Reméslenava Trudá, or Society for Trades and Agricultural Labour, was set up in St. Petersburg in 1880 to provide professional and vocational training for Jewish youth. As a philanthropic organization, it assisted Jewish artisans, workers and cooperatives and soon developed into a worldwide network. In the 1900s, it began to open its own vocational schools.

Vocational training was widely used in the Displaced Persons camps in Europe after the war as it was believed that it was the best way for adolescents and children to process trauma. The experience was also an important tool in group bonding.

British ORT was set up in 1921 and was based on New Cavendish Street, London. In its early years it focused on fundraising.

This situation changed abruptly on 29 August 1939, two days before the outbreak of the Second World War, when 104 teenage students and seven teachers from the ORT school in Berlin left Charlottenburg Station on a train heading for London. The Berlin school eventually found a home in Leeds and was funded by the American Jewish Joint Distribution Committee until it lost its funding after the United States entered the war in 1941 and closed down as a result.

In Britain, vocational courses were part of the Committee for the Care of the Concentration Camp Children's ethos of collective living within a Jewish environment and provided adolescent survivors with a sense of belonging and re-enforced their Jewish identity. The ORT school was designed as temporary measure to enable refugees to support themselves in a country in which they should eventually settle.

The training was conducted in English and provided the students with the vocabulary they needed for the world of work. In the first year, male students were given all-round engineering training and in the second they received specialised tuition in general engineering, tool making, electrical work, woodwork or radio mechanics. Aside from technical training, students also attended classes in mathematics and history. At graduation, each pupil was provided with a set of tools to practice their trade. There were also short intensive courses for students preparing for emigration.

ORT had two other ventures. It made a grant of £1000 to Bachad to help set up Thaxted Farm in Essex. Then in October 1946, ORT set up a training farm with Hechalutz in Goldington, Bedford.

ORT also ran a training ship, the Joseph Hertz, based at Grays, in Essex. Named in memory of the chief rabbi of the British Commonwealth between 1913 and 1946, the ship was run by the Jewish Marine League to prepare young men for careers as merchant navy officers and navigators.

The first intake of twenty-one boys included seventeen former inmates of the Bergen-Belsen concentration camp. During their training the boys wore Royal Navy uniforms with a Star of David badge attached to their sleeves. Many of the Boys ultimately left for Israel where they served both in the merchant navy and later in the newly created Israeli navy.

Training on the Joseph Hertz was terminated on 10 October 1947 and the Kensington School closed in July 1949, although an evening school offered classes in Belsize Lane from August 1949 to April 1954.

ORT was a key element in creating the Boys. The ORT schools not only equipped students with new skills but gave them the confidence to imagine a future in which they could use them.

The school in South Kensington was run by Mr A Lweinnek and a staff of six.

The chief officer of the ORT Training ship, the Joseph Hertz, was Captain N.F. Israel, a World War Two veteran who had been in Battle of the Atlantic.