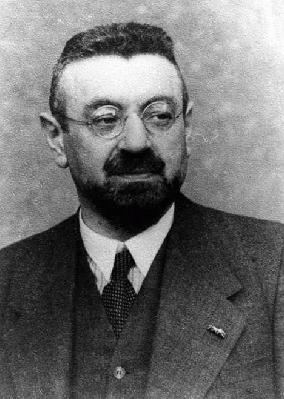 The hostel was in Cliftonville, in the city of Northampton in the East Midlands region of England. It was a hostel for boys only.

The house was called Holly Bank and was opposite a park.

The local Jewish community set up the hostel to house children brought to the UK in 1938 on a Kindertransport from Germany. During the Blitz, Jewish children who had been evacuated from big cities were cared for in the hostel.

In late 1945, fifteen Boys from the second group, who had been at the reception centre in Wintershill Hall, were brought to the hostel.

Isidore Marx, the warden, is remembered as being very strict. He insisted on daily morning services and the Boys had to pray before eating. The papers of the Committee for the Care of the Concentration Camp Children show that Marx was constantly short of money.

The Boys in Northampton played football and also learned how to play cricket. The hostel also had a large library of religious books.

The hostel had close links with the Bachad training farm in Bromsgrove.

Isidore Marx was the warden.

With his wife Roza, he took about 1000 German Jewish children to the UK, Switzerland and France on a series of Kindertransports before the Second World War.

The couple ran the Israelite Orphanage in Frankfurt. Marx remained in the UK in 1939 and most likely came with the last transport from Frankfurt at the end of August 1939. In 1942, his wife Roza was taken with the remaining orphans to the Theresienstadt ghetto in Czechoslovakia.