The reunion dinner will take place after a 2-year gap on Monday 2nd May 2022 at a venue in North London. Please email lydia@wavelengthpr.com or max.kim@hotmail.co.uk if you’d like to book tickets. 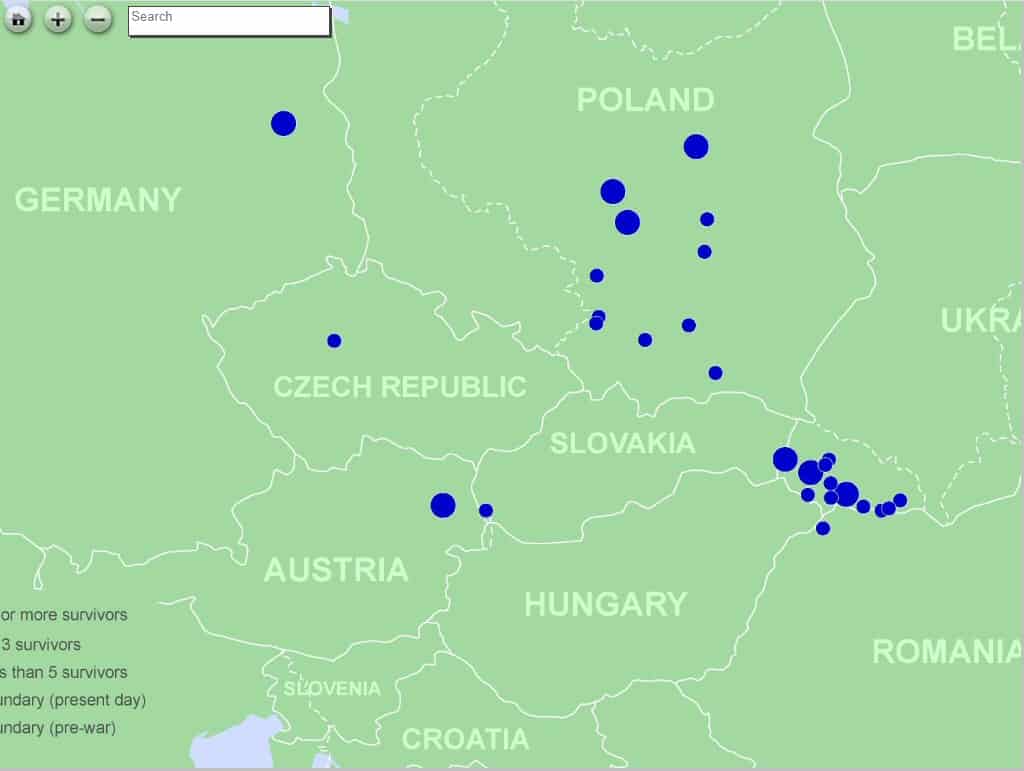 The industrial city of Czestochowa in southwest Poland is famous for the Catholic icon the Black Madonna but, before the Holocaust, it was also home to a lively Jewish community and to six of the Boys.

Czestochowa played a role in many of the Boys lives as a large number passed through the HASAG labour camp and from there were deported to the Buchenwald concentration camp in Germany. It illustrates the importance of slave labour in their survival but is also significant as it was through this period that many close friendships among the Boys were formed.

When World War II broke out, 28,500 Jews lived in Czestochowa. They played an active part in industry, banking, civic and commercial life. The city was also a centre for doll manufacturing and many of the toy companies belonged to Jewish families.

Czestochowa was also an important centre of Hasidism and Zionist movements.  A Jewish agricultural training farm and a trade school operated in Czestochowa during the interwar years. There was also a network of religious and secular Jewish schools, as in most large Jewish communities in Poland.

The Germans entered Czestochowa on Sunday, 3 September 1939 and persecution of the city’s Jews began immediately.

A ghetto was established on 9 April 1941. Some twenty thousand Jews from other cities (Krakow, Lodz and Plock) and nearby villages were also imprisoned in the Czestochowa ghetto.

The German company HASAG ran a series of labour camps in the city, in which many of the Boys worked as slave labourers prior to deportation to the Buchenwald and Ravensbruck concentration camps in Germany.

During the Second World War, HASAG became a Nazi arms-manufacturing conglomerate with dozens of factories across German-occupied Europe using slave labour on a massive scale. HASAG employed women as well as men.

The ghetto eventually held more than 40,000 people, of which approximately 39,000 were murdered at the Treblinka extermination camp. Elderly people in the home for the aged and the children in the orphanage were killed on the spot.

There was a little known underground resistance movement in the ghetto that maintained close contact with the Jewish Fighting Organisation in the Warsaw ghetto. The group fought back against the Germans during the deportations and liquidation of the ghetto.

When the Red Army liberated Czestochowa, 5,000 Jews were still living in the area.

In June 1946, 2,167 Jews were living in Czestochowa. Training farms prepared Jewish youth for life in Palestine until 1948. After the establishment of the state of Israel, many Jews left Czestochowa and, after the Polish Coomunist Party’s antisemtic campaigns of the 1960s, nearly all the remaining Jews left the city.

Today, the main synagogue is a concert hall. The city has a Jewish museum and there is a memorial at the site of the HASAG labour camp.