In October 2015 the 45 Aid Memory Quilt for The Boys was exhibited at the UK Holocaust Centre Newark, Nottinghmashire. Zdenka Husserl, one of the girls who is one of The Boys visited the exhibition. 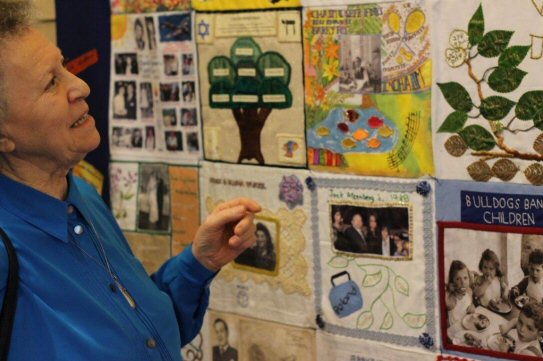 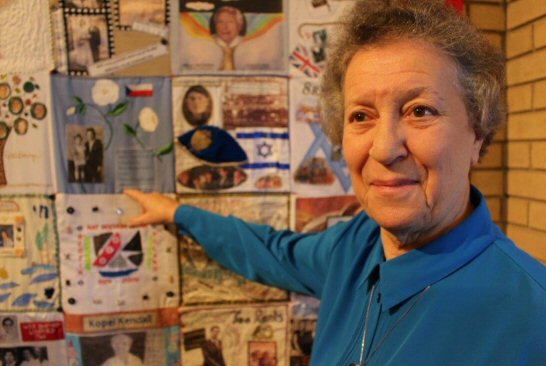 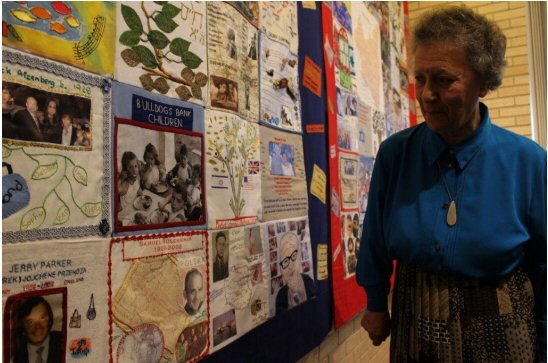 Zdenka Husserl studies the square in the Memory Quilt that she dedicated to the youngest members of The Boys that were initially housed in a special hostel called Bulldogs Bank.

For more information on the National Holocaust Centre in Nottinghamshire visit: www.nationalholocaustcentre.net