In May 2019, ‘The Boys’, a group of survivors of the Holocaust, now in their 80s and 90s, will travel to Prague with their children, grandchildren and great-grandchildren.

In 1945, the British Government agreed to take 1,000 Jewish orphans of the Nazi concentration camps. Only 732 could be found. They were airlifted by the RAF into the UK. The first group of around 300 children arrived on a flight from Prague to Crosby on Eden near Carlisle.  Before they left Prague, this iconic photo of them was taken at the Jan Hus Memorial in Old Town Square, Prague.

They were followed later by smaller groups until of total of 732 arrived in the UK. They became known as ‘The Boys’, although there were 80 girls amongst them. ‘The Boys’ settled, re-built their lives and started families and businesses of their own. 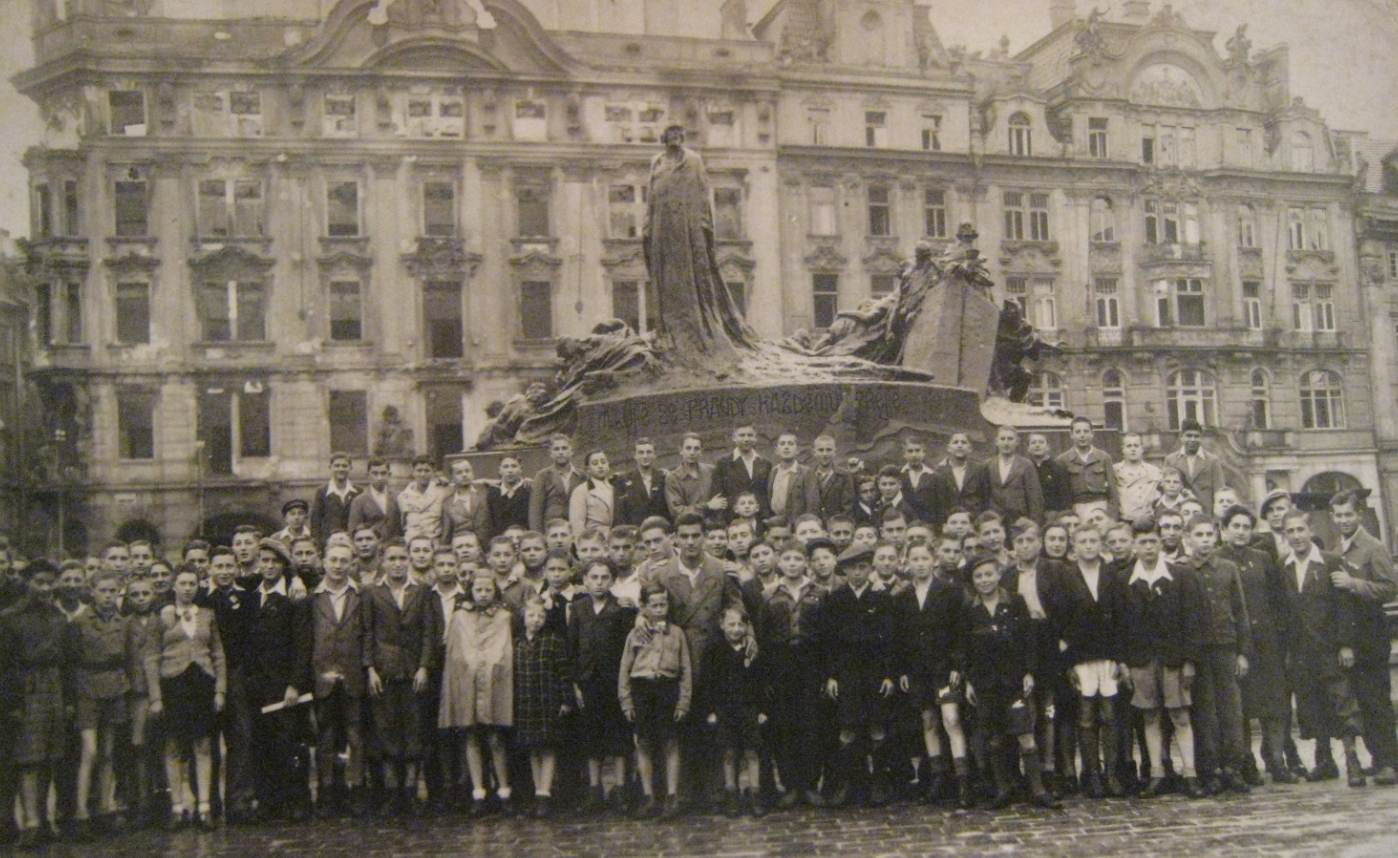 In May 2019, some of ‘The Boys’, now in their 80s and 90s, will travel to Prague, together with their children, grandchildren and even great grandchildren to recreate the above photo, recapturing a key moment in their lives. Over 200 people will pose for the photo and also take part in activities including meeting the British, Israeli and German ambassadors to the Czech Republic and visiting Theresienstadt the former Nazi concentration camp, where many were liberated.

The photo taken in May 2019 will feature prominently in the ’45 Aid Society’s celebrations of the 75th anniversary of liberation which is planned for 2020.

With antisemitism on the rise across Europe, ‘The Boys’ will continue to spread awareness and educate the next generation about the horrors of the Holocaust.

About the ’45 Aid Society

In 1963, ‘The Boys' set up the '45 Aid Society. This is a registered charity whose aims are to: celebrate ‘The Boys' history; remember their families that were lost in the camps; teach the lessons of the Holocaust; provide practical, financial and moral support to their fellow survivors, their spouses and children and always give back to their adopted country.

Today the charity is run by the survivors’ children and grandchildren, the second and third generations of those who were brought to safety in England in 1945.

The '45 Aid Society runs an extensive education programme and gives talks at schools and institutions across the UK. We know that telling our families’ stories is the most powerful tool we have to make sure we learn the lessons of the past. For more details visit https://45aid.org/

The money raised through donations will go towards the continued work of "The Boys" , on the next page there is an opportunity to to leave a Message/Reason for your donation, which we would love to hear.