We are proud and delighted to announce that our President and former Chairman, Ben Helfgott, was presented with a lifetime dedication award by Karen Pollock, CEO of the Holocaust Educational Trust, at their annual dinner, which took place on Monday 16th October.

The event was attended by veteran broadcaster and political commentator, Andrew Neil, who gave the keynote speech, as well as a number of MPs and high profile dignitaries and of course, Holocaust survivors, including many of the ‘Boys’.

Following a speech by Karen Pollock, in which she told Ben’s story with great fondness and also humour, Ben was presented with his award for his incredible contribution to and support for Holocaust education by the Home Secretary, Rt Hon Amber Rudd MP.

Here are some photos of Ben receiving his award on the night and he is also pictured with some of the other ‘Boys’. 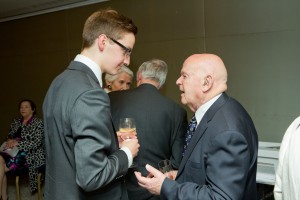 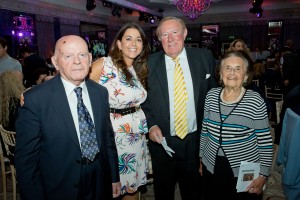 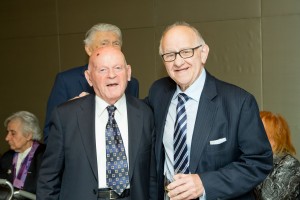 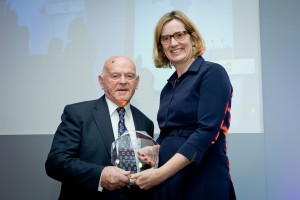 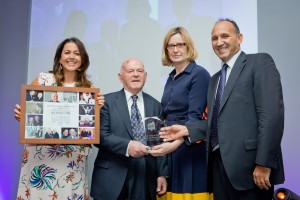 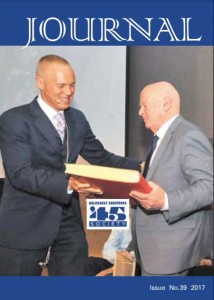 Ben was very proud to receive his award and also accepted it on behalf of and as a tribute to the work of the Society over many decades, in supporting those in need and educating future generations about the lessons of the Holocaust.

A very well deserved award and we send our love and congratulations to Ben and his whole family!